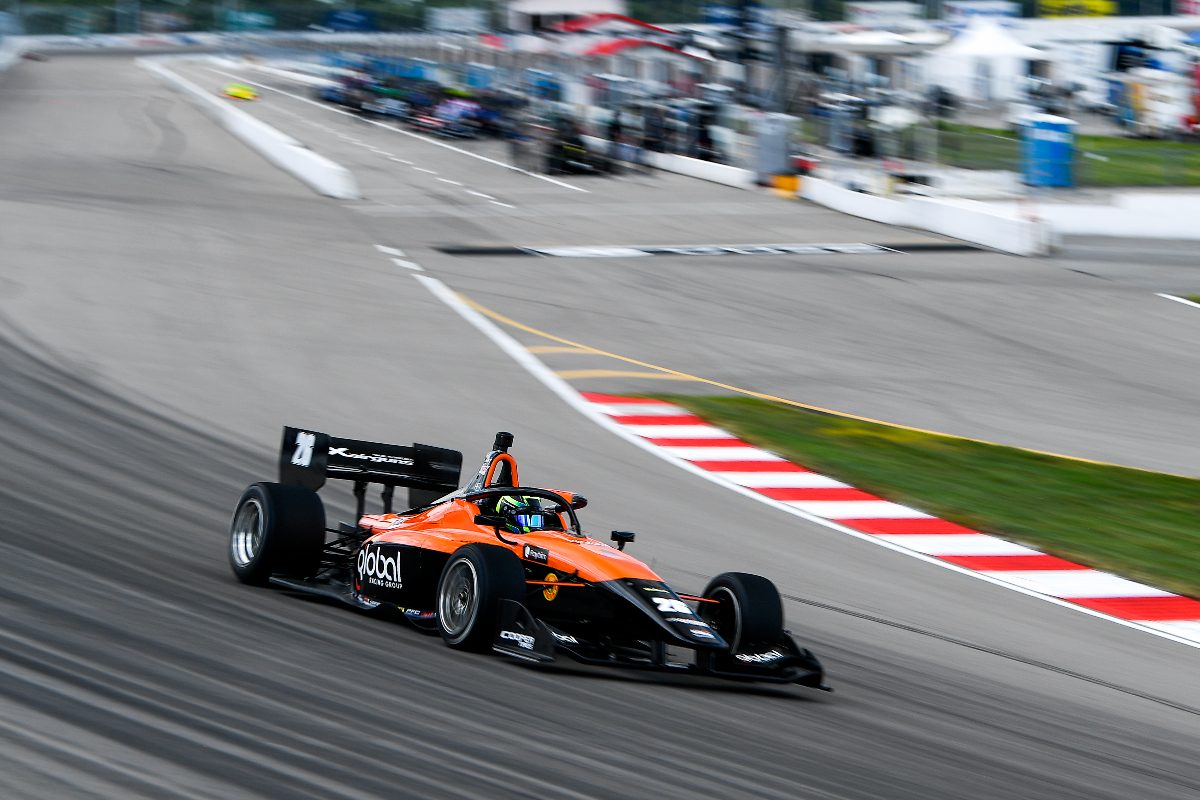 Benjamin Pedersen, who like Lundqvist has his car co-run by his father Christian Pedersen’s Global Racing Group team, was the intial pacesetter with a 28.5683s lap around the 1.25-mile oval.

David Malukas narrowly bettered that lap eight minutes into the 45-minute session in his HMD-run car, and improved to a 28.4895s moments before a full course yellow occurred for a track inspection.

Lundqvist went second fastest moments before the yellow too, with Andretti Autosport’s Robert Megennis slotting into third place and less than a tenth slower than Malukas.

When the track eventually went back to green, Pedersen moved to the top again with a 28.3715s, only marginally faster than Malukas.

The order then remained the same until the final 10 minutes, with most drivers in the pitlane making car adjustments before heading out for a final run.

Malukas snatched back first place with seven minutes left to run, and just 0.0084 seconds faster than Pedersen, then opted to return the pits. The rest of the drivers who were on track stayed out, and Andretti’s points leader Kyle Kirkwood improved several times to rise up the order from seventh place to fifth and get within a tenth of the pace.

The benchmark laptime changed again though with three minutes to go, as Lundqvist set a 28.2539s lap at 159.270mph which for the first time meant there was a gap of more than a tenth of a second between first and second place.

Kirkwood improved to fourth to be the top Andretti driver, and in his slipstream Malukas went faster too but couldn’t quite do enough to reclaim top spot as he was 0.0517s slower than Lundqvist.

Pedersen didn’t improve on his mid-session best but remained in third, while Megennis was shuffled down to fifth.

Both Megennis and Sting Ray Robb only set 25 laps, with Robb spending much of the session in the pitlane with his Juncos Hollinger Racing team working on his car.