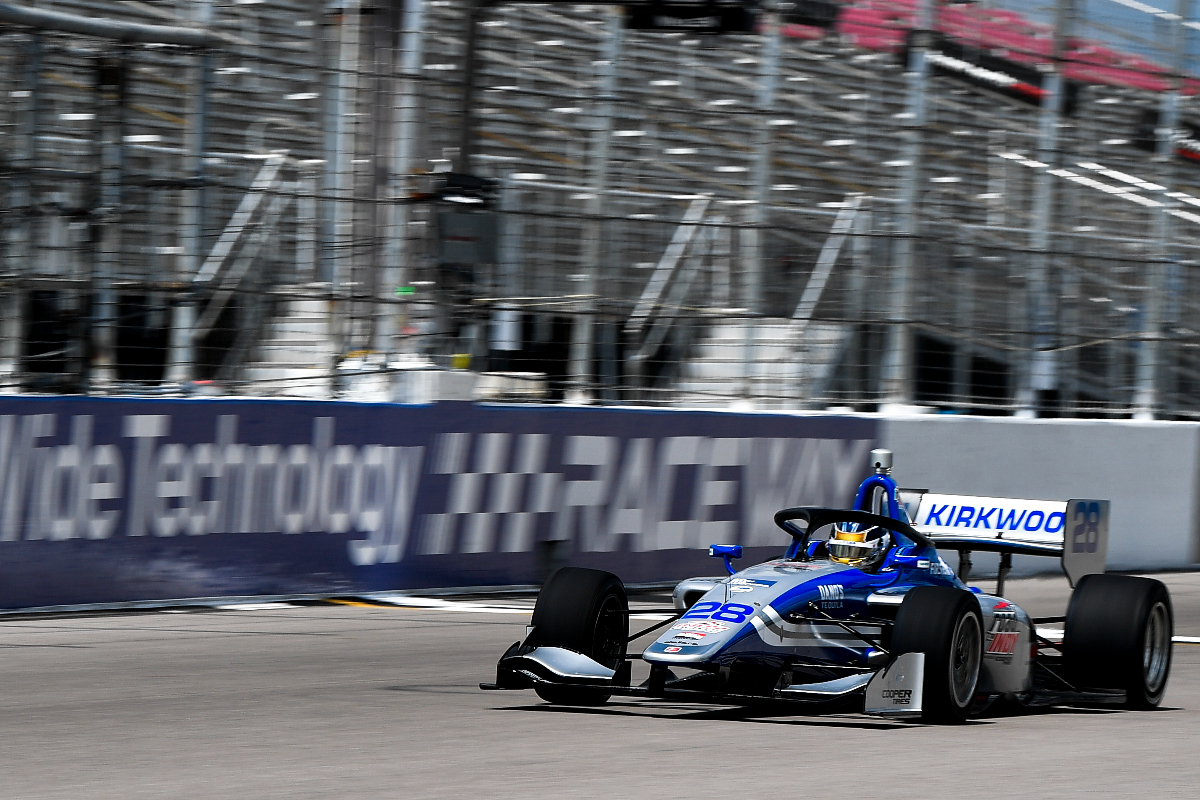 Kyle Kirkwood goes into this weekend’s Indy Lights double-header at the Gateway oval as the driver to beat after setting the pace in the official pre-event test.

The Andretti Autosport driver set his fastest lap, a 28.1581s at 159.812mph, fairly early on in the second one-hour session on Thursday after being being second fastest to Andretti Steinbrenner driver Devlin DeFrancesco in session one.

DeFranceesco had topped the first session with his penultimate lap at the end, setting a 28.2895s lap at 159.070mph, with Kirkwood also setting his personal best on his penultimate tour of the track and was just 0.0098 seconds slower.

Only the Andretti and Carlin with Jay Howard Driver Development drivers ventured out onto track in the final minutes.

Benjamin Pederson had for a long time been the driver setting the pace for Global Racing Group with HMD Motorsports, and was 0.0430s back come the end of the session and he and HMD’s David Malukas, 0.0595s off the pace, didn’t improve on benchmarks they had set in the first half of the session.

Linus Lundqvist completed the top five in session one, also improving at the very end on his personal best, and he was second fastest behind Kirkwood in the faster second session. His best lap, set at 159.172mph, was 0.1132s off the pace.

Again Pedersen was the driver at the top of the timesheet early on, but this time was shuffled down to fourth. DeFrancesco ended up fifth overall for the day after not improving on his session one time, and Malukas didn’t go faster either but was still the sixth fastest driver over the two sessions.