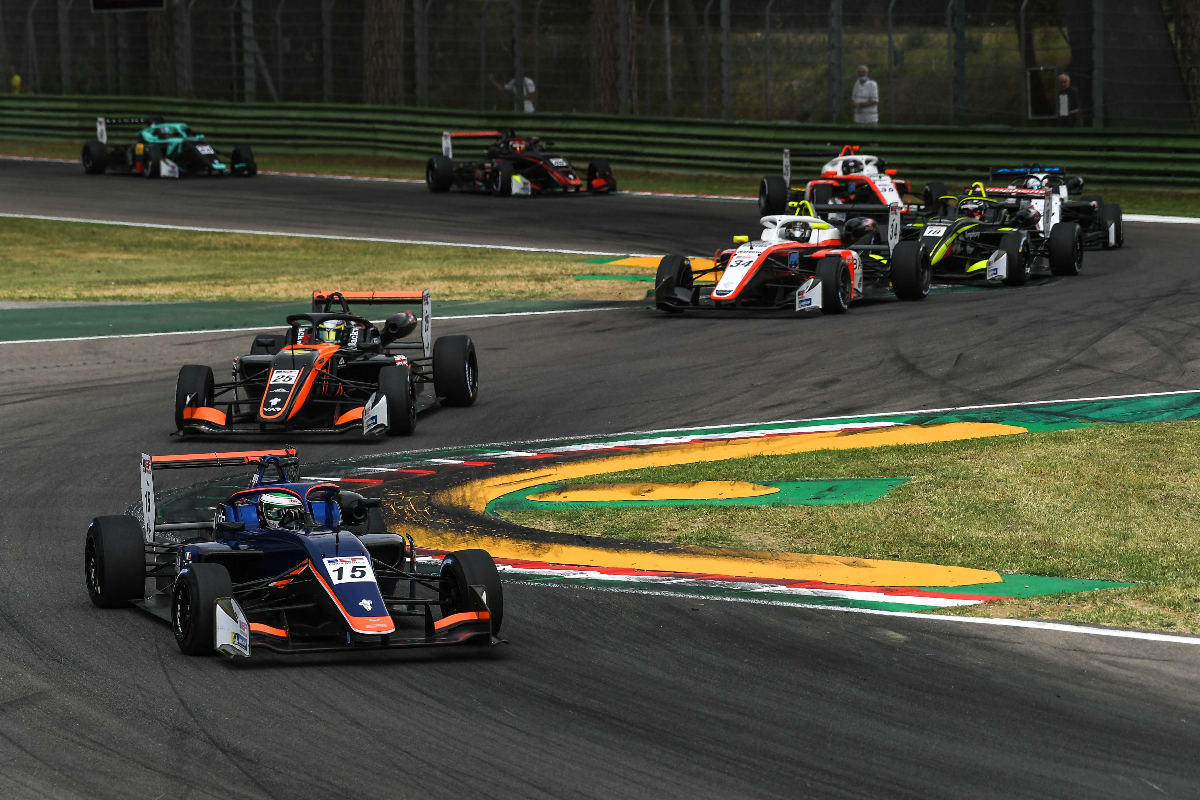 Carlin is planning to bring its Euroformula line-up back up to three drivers before the end of 2021, as Brad Benavides has announced himself as the team’s second driver.

The team raced full-time in the championship for five seasons after debuting in 2016, but has only been on the grid for two of the five rounds held so far this year. It ran GB3 racer Christian Mansell at Spa-Francorchamps, then Enzo Trulli at Imola.

Trulli will remain at the team, and Formula Regional European Championship racer Benavides joins for the next round at the Red Bull Ring. Carlin plans to, as it did on one occassion in 2020 with the Dallara 320, run a third car too.

“Enzo’s finishing the season off [with us], and we’re hopeful of having at least two cars out for the rest of the season, potentially three,” Carlin team boss Trevor Carlin told Formula Scout in the GB3 paddock last weekend.

Reigning Formula 4 United Arab Emirates champion Trulli started the Euroformula season at Drivex School, taking a podium in just his third race, then skipped the Hungaroring round as he switched to Carlin. He’s currently seventh in the points.

“We’re talking to various drivers at the minute,” added Carlin. “The issue was that the market was confused with COVID-19 and some big developments, and a lot of people jumped on the Formula Regional bandwagon. I think some are realising it’s tougher than they thought and might be stepping back into Euroformula. We’ve got the cars sitting there.”

The team was out testing at Silverstone for two days this week with the Dallara 320, and had Formula Regional European Championship racer Brad Benavides in the car. It’s also previously run Roman Bilinski in a test.

Bilinski is racing for Carlin in British Formula 4 in addition to the GB3, which he stepped up to mid-season, while Benavides is currently 25th in FREC with DR Formula, having not yet scored over the first six rounds.

“New championship and new team,” said Benavides. “Really lovely tests with Carlin on the Euroformula car. Good preparation underway before next round at the Red Bull Ring. “Also having a great time road tripping around the UK.”

Benavides was supposed to drive for DR Formula in FREC last year but in the end didn’t compete, and he previously raced in the Formula Renault Eurocup. His single-seater debut actually came in the 2018 Euroformula season finale at Barcelona.