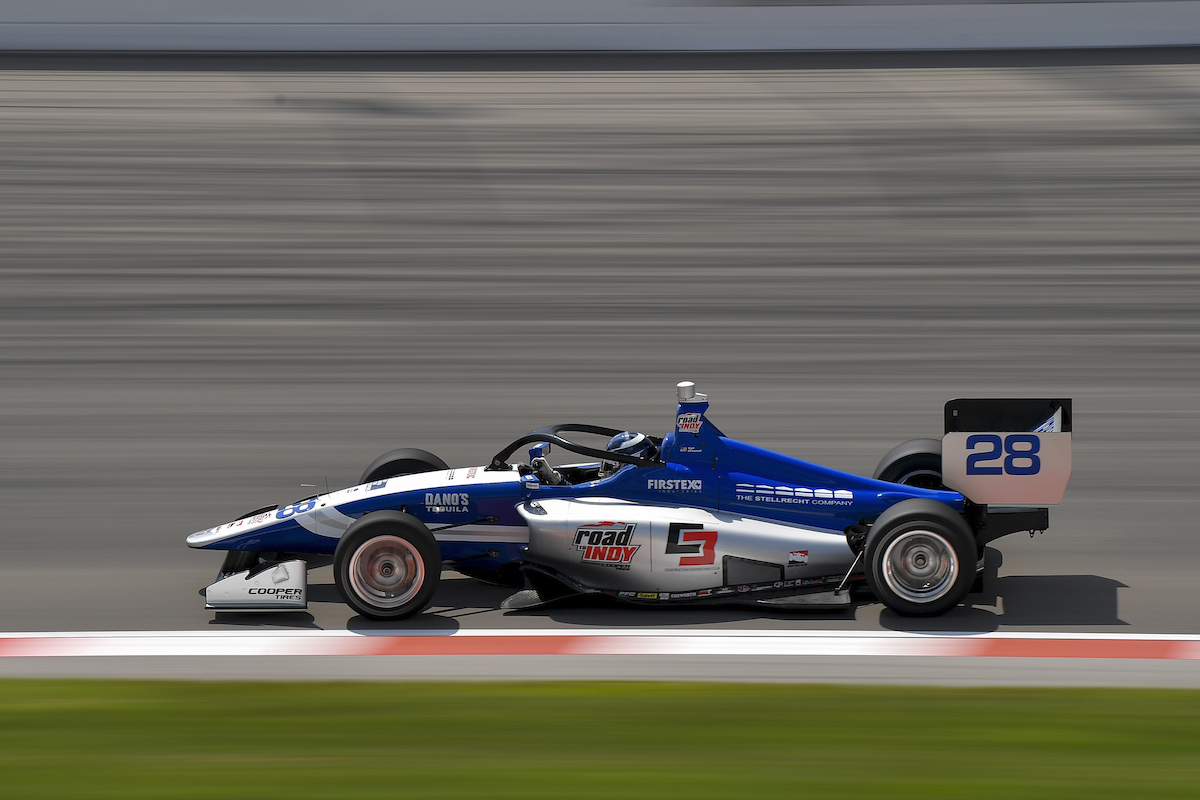 David Malukas and Kyle Kirkwood took one pole position each in Indy Lights qualifying at Gateway for the only oval round of the season.

HMD Autosport’s Malukas will start race one from pole position after recording the fastest opening lap, which sets the grid for the first race of the weekend.

Andretti Autosport’s driver and championship leader Kyle Kirkwood was granted pole for race two with a second lap of 159.683mph, the fastest of the session.

Malukas and Kirkwood will share the front row in both races, as they were the only drivers to hit 159mph.

Carlin’s Christian Bogle was the first driver to set a lap as drivers were sent out on track for their two-lap run in reverse order of the championship standings coming into this weekend.

Bogle’s laps were bettered by those coming after him, helped by the improvement of track-conditions.

Despite doing his run in the middle of the session, Global Racing Group with HMD Motorsports’ Benjamin Pedersen set two very consistent laps which were good enough for third in the grid for race one, and fourth for race two.

Practice pacesetter and championship contender Linus Lundqvist only managed laps fast enough to put him fourth for race one, and fifth for race two.

Those places lost by Pedersen and Lundqvist on the race two grid are were gained by Danial Frost.

The Andretti Autosport ace managed to set the fifth fastest lap in his first attempt, and went on to significantly increase his average speed in his second lap, so as to clinch third in Saturday’s grid.

The session ran without major incidents, with Robert Megennis being the only one to clip the wall. This prevented the Andretti Autosport driver to set a second lap at speed, which leaves him last on the grid for race two.

However, Megennis will start race one from sixth, as his first lap was quick enough to beat half of the competition.