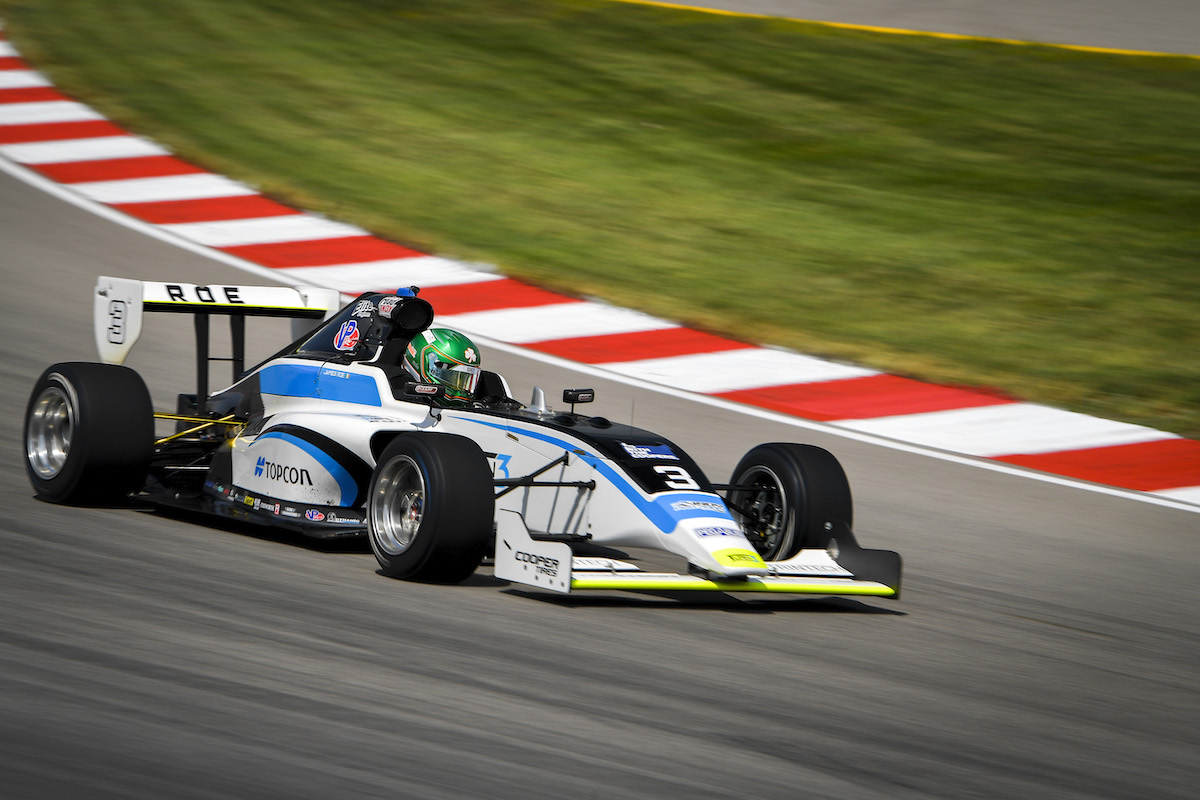 James Roe shone in Indy Pro 2000 qualifying on the Gateway oval to score his maiden pole position in the series.

The Turn 3 Motorsport driver completed his two-lap run with an average speed of 139.081mph, which put him out of reach of the rest of the field despite going out on track in the middle of the session.

In fact, Roe was the only driver to hit 139mph in his qualifying attempt.

Exclusive Autosport’s Braden Eves will start alongside Roe in the front row. An average speed of 138.852mph in his run allowed him to comfortably take second place on the grid ahead of Juncos Racing’s Reece Gold.

Hunter McElrea, who had led the practice session, finished fifth for Pabst Racing, close behind Exclusive’s Artem Petrov and ahead of Jack William Miller in sixth.

It wasn’t the best afternoon for Christian Rasmussen. The championship leader, who had already struggled for speed in practice, found himself down to seventh despite being the last one to hit the track.

Nolan Siegel, who has been racing in USF2000 up until now, managed to set the eighth fastest two-lap average.

Despite being in his first weekend in IP2000, Siegel was able to better his DEForce Racing team mate Kory Enders.

Enders, who is back in the series for the first time since 2019, was the first one to clock his laps, as the running order was the reversed championship standings order.

This left him 11th at the end of the session, just behind Manuel Sulaiman and Jacob Abel.

Kyffin Simpson and Wyatt Brichacek complete the grid in 12th and 13th respectively.