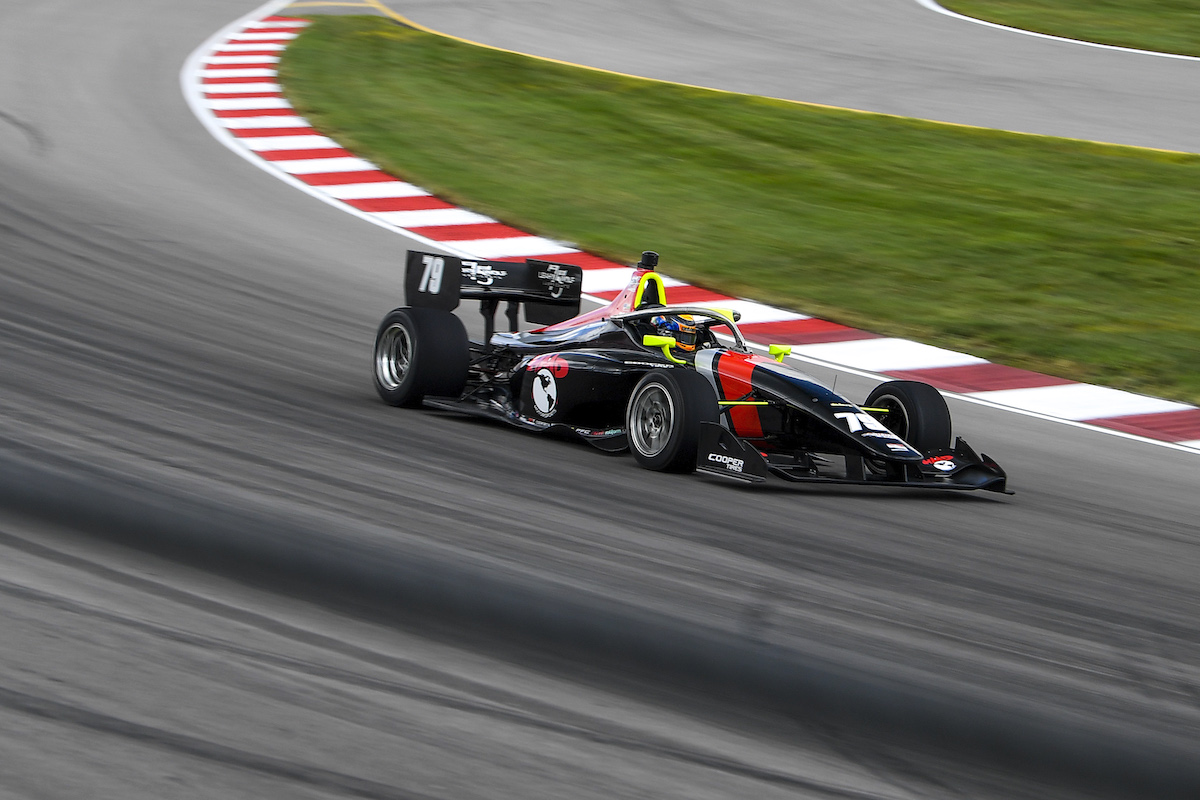 David Malukas led every lap to win the first oval race of the Indy Lights season, closing up on the championship lead.

The HMD Motorsports driver was under pressure from Andretti Autosport’s Kyle Kirkwood in the opening laps of the race. However, a mistake from his rival allowed him to open a small gap.

Kirkwood’s mistake going into turn two pushed him back to third, just behind Global Racing Group with HMD’s Linus Lundqvist who had gained a place at the start.

At the back of the grid, Sting Ray Robb was forced to come into the pits and retire on lap 17 due to mechanical issues.

The Juncos Hollinger Racing racer wasn’t the only one to hit trouble in the first half of the race. Antonio Serravalle had to pull to one side of the track on lap 24 with issues in his front right tyre.

A full-course yellow was deployed just four laps later to retrieve Toby Sowery’s car after the British driver had an issue.

Serravalle was then pushed back to the pits, changed tyres and rejoined the race nine laps down.

When the race went green again, Kirkwood attempted a move on Lundqvist around the outside of turn two and was close to hitting the wall.

In spite of that, Kirkwood had a much better run into the straight than Lundqvist and tapped the Swede from behind. The American suffered small damage to his front wing, which didn’t prevent him from carrying on.

Andretti Steinbrenner Autosport’s Devlin DeFrancesco made the most of the restart and gained another place, claiming fifth after starting from seventh.

Behind that, just when Alex Peroni was passing Robert Megennis for sixth place, Megennis suffered an issue with his front-right tyre, similar to Serravalle’s, and had to slow down.

Two laps later, Lundqvist crashed into the wall while suffering a right-rear tyre issue while running in second place.

That brought out bringing the FCY out again, and promoted Kirkwood to second with Benjamin Pedersen completing the podium.

The race was shortened by nine laps and ended under FCY, which prevented the field from challenging Malukas in the coming stages.