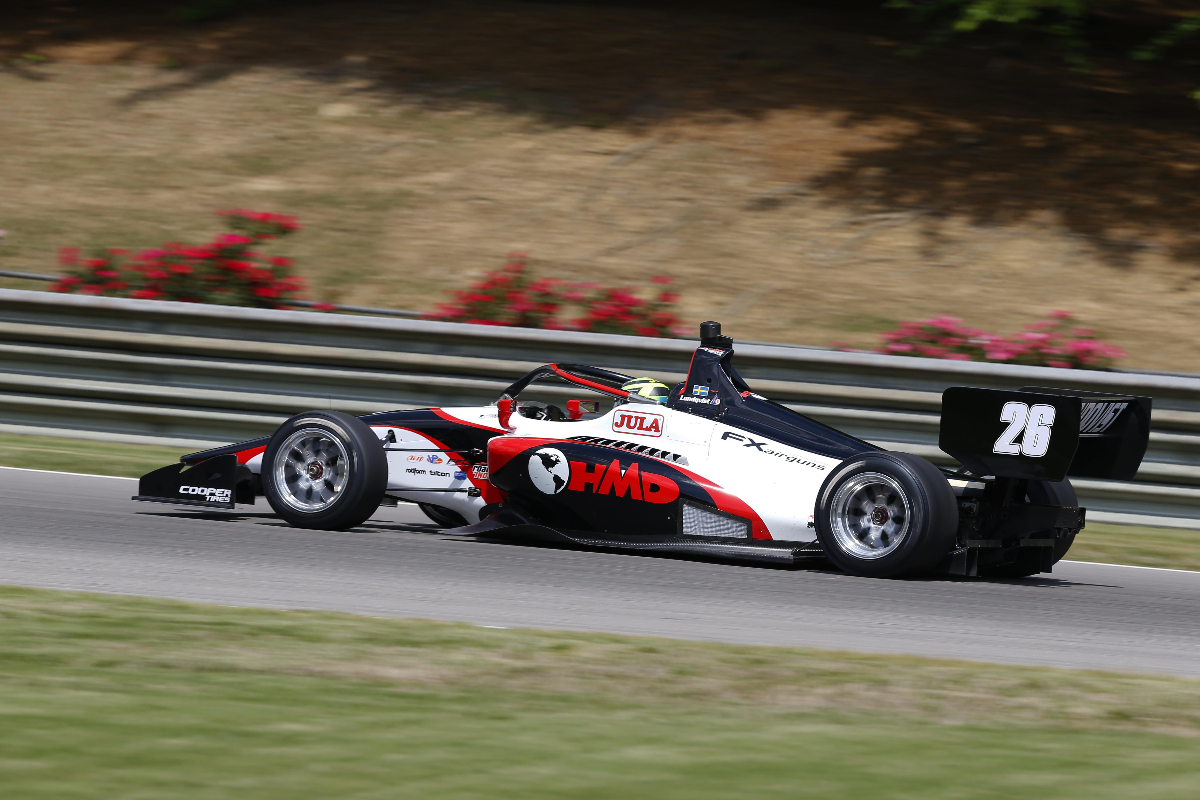 Linus Lundqvist and Benjamin Pedersen locked out the front row of the grid for HMD Motorsports in Indy Lights qualifying at Barber Motorsports Park, split by just two hundredths of a second.

Lundqvist led from pole on his Lights debut at Barber a year ago ahead of long-time team-mate Pedersen but wasn’t among the drivers trading top spot through the first half of qualifying.

Christian Rasmussen took several turns on top, taking it back from Andretti Autosport colleague Sting Ray Robb with a 1m12.6753s just before he joined the rest of the frontrunners in pitlane at the midway point.

After returning to the track on fresh tyres, Lundqvist went fastest six minutes to go, and his 1m12.5713s lap would prove unbeatable, securing him his first pole in more than 10 months.

Neither Rasmussen nor Robb looked set to improve on their second set of tyres until the latter’s very final attempt at the chequered flag moved him ahead and into third place by two thousandths of a second.

Hunter McElrea made an early improvement on his second set to take fifth for Andretti, as did Tyffin Simpson in sixth with TJ Speed.

After setting the pace in practice, Danial Frost ended up a long way back from his HMD team-mates in eighth despite improving with a couple of minutes to go. That was still ahead of St Petersburg winner Matthew Brabham, who followed eighth in practice with ninth in qualifying.