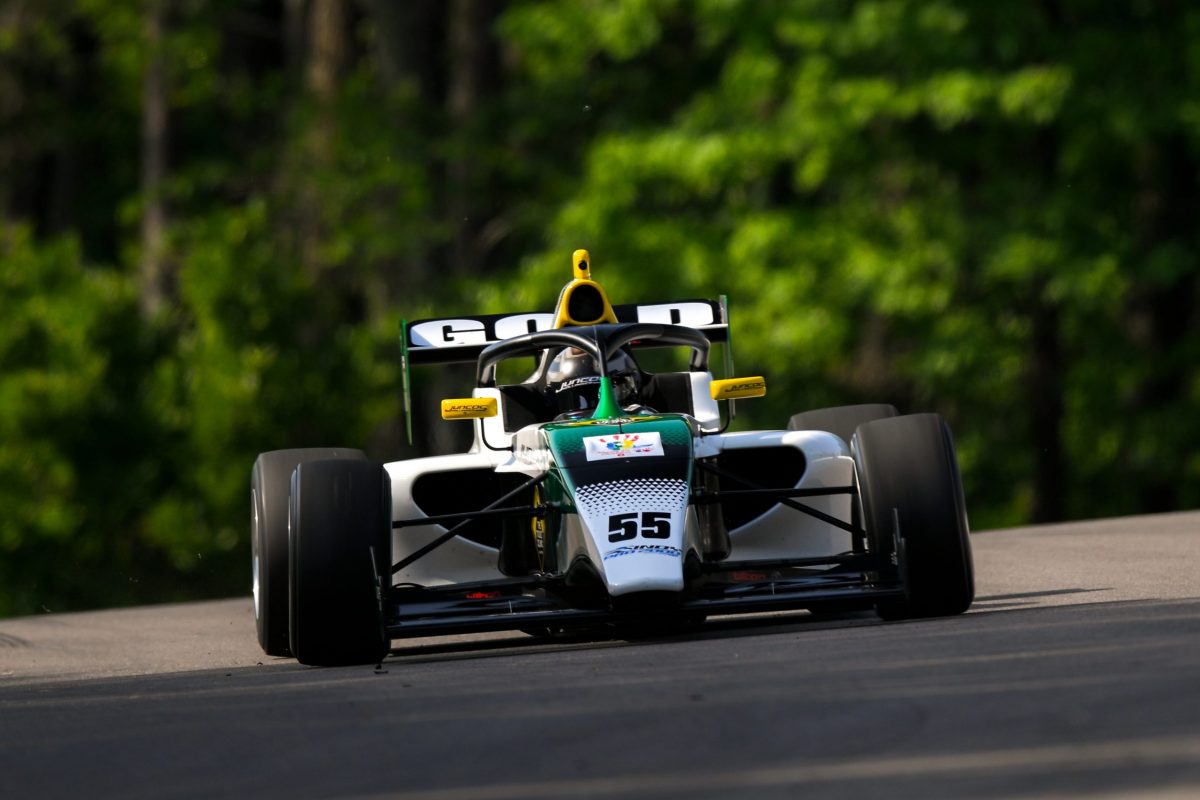 Reece Gold claimed his second career Indy Pro 2000 win from pole in the opening race of the weekend at Barber Motorsports Park.

The Juncos Hollinger Racing driver was unchallenged throughout, pulling away from Pabst Racing’s Colin Kaminsky who eventually became a bottleneck for the cars behind.

Initially Kaminsky and Gold’s team-mate Enaam Ahmed had chased the leader, but in the second half of the race they started to drop back further and into the clutches of those behind.

Braden Eves led the chasing pack of cars wanting to get onto the podium, with Louis Foster initially in fifth but losing the position to Josh Green mid-race. Later in the race he had the pace to get back by though, and then managed to fight his way past Eves too with just a few laps to go.

That set up Green to draw alongside Eves too but he couldn’t get through, and they went into the final lap in a four-car train that was almost nose to tail as Nolan Siegel had got onto their tails too.

The battling did allow Kaminsky and Ahmed to break away again, and they finished second and third behind Gold, while Foster used the clean air ahead of him to take fastest lap and the points lead and Eves just held on to fifth place.

Salvador de Alba was the only retirement, and Jack William Miller and Yuven Sundaramoorthy both had messy moments that left them finishing way down the order despite showing good pace. Miller just avoided being lapped at the end of the race.