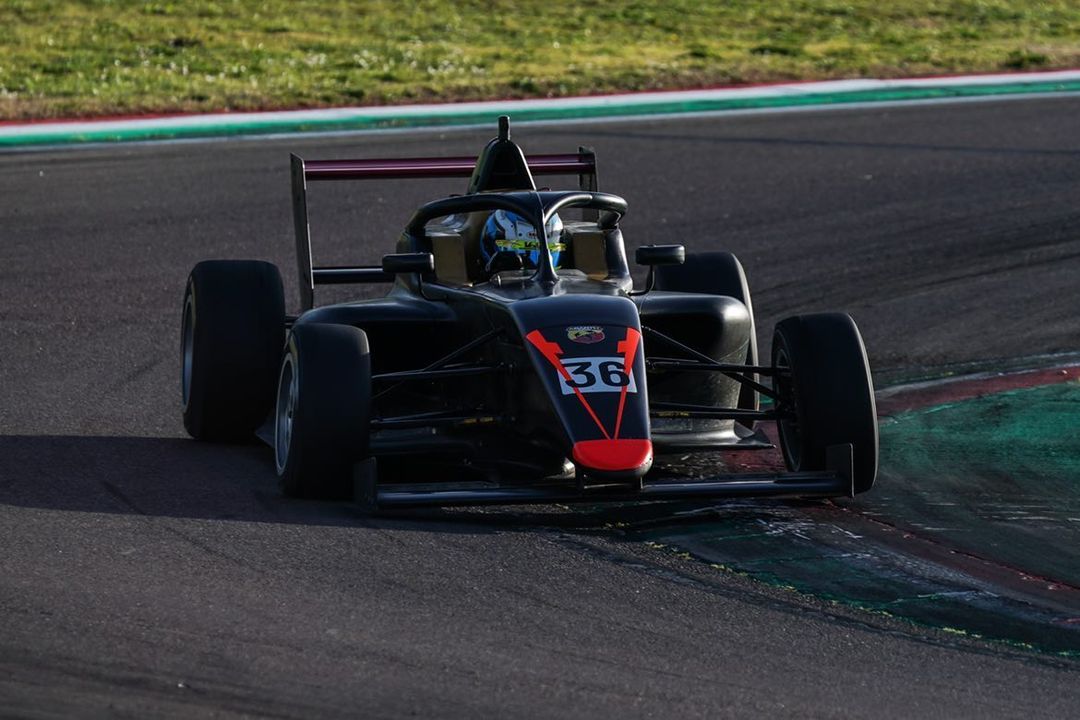 Brazilian rising talent Pedro Clerot will race in the Italian Formula 4 championship with AKM Motorsport this year in addition to competing in his home F4 series.

In karting Clerot was junior champion in the Brazilian Open Cup, and when he was 14 he also moved into single-seater racing in the halo-shod Formula Delta Brasil championship.

Clerot became Brazil’s youngest ever winner in car racing, and the youngest to take a pole position, and finished an impressive third in the points. He then signed up for the new-for-2022 Brazilian F4 series, where he will race for Full Time Sports.

Since March he has prepared for Brazilian F4 by making several test appearances in Italy with AKM, as the new Tatuus T-421 car being used by both series has yet to be delivered to South American teams, and was fastest at Monza two weeks ago.

The first T-421 chassis to reach Brazil was recently shaken down by 2020 Formula Regional Europe champion Gianluca Petecof, who is now racing in Stock Car Brasil for the same team that Clerot will race for in F4.

Clerot will enter the first three rounds of the Italian season, with June’s Spa-Francorchamps round set to be oversubscribed with over 60 interested entries, and is looking for budget to do the Red Bull Ring and Monza rounds later in the year.

His team-mate will be Ismail Akhmedkhodjaev, who will compete full-time. The Uzbekistani made his car racing debut at the start of 2022 in F4 United Arab Emirates with Xcel Motorsport, and claimed a best finish of 19th.

Fellow F4 UAE rookie Jules Castro, who did two rounds of that series with a best result of 13th, has claimed he will race for Van Amersfoort Racing in Italian F4 although the team is yet to confirm that.