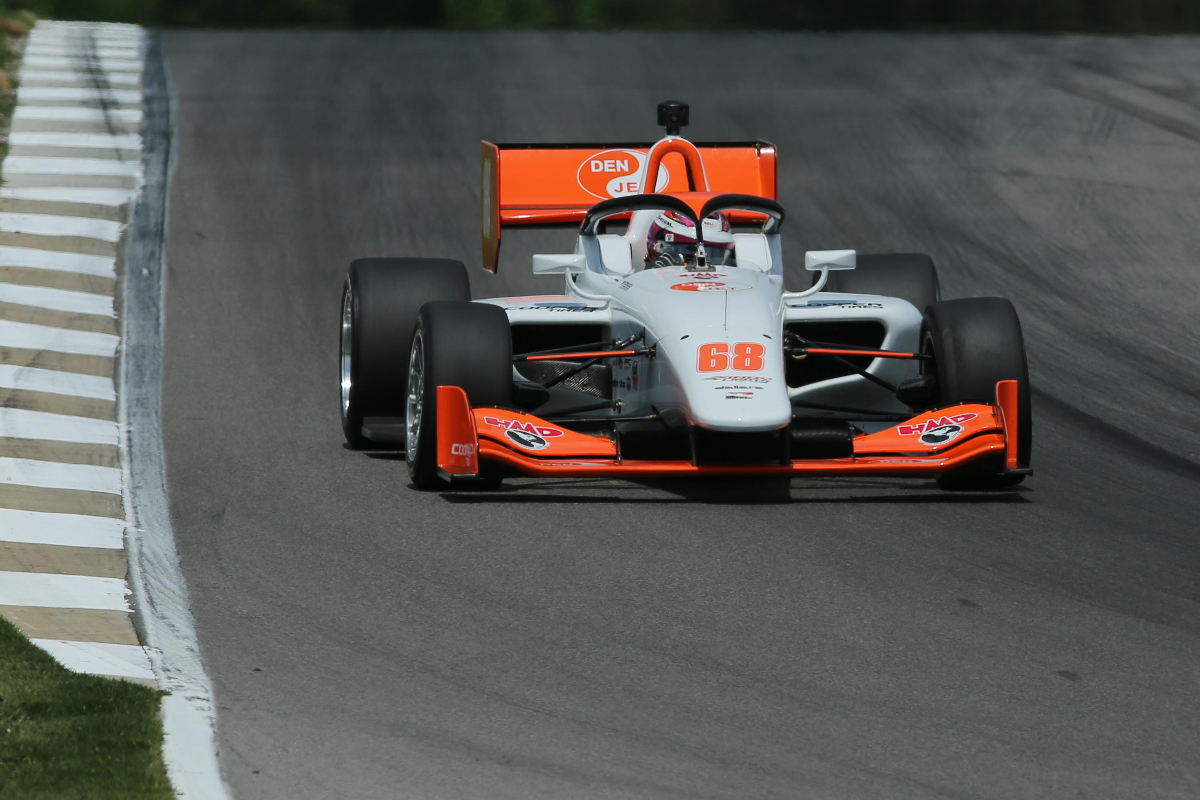 The HMD team seemed strongest around the circuit, although Andretti Autosport’s Christian Rasmussen was on top through the first quarter of the half-hour session, and for a long time it was Linus Lundqvist who sat in first place.

He set a 1m12.7221s lap to demote Rasmussen from the top, quickly improved to 1m12.4117s and then backed off before going into the pits to make some set-up adjustments prior to his second run.

Rasmussen found a small gain to stay in second until the end of the first runs, when Frost joined Lundqvist in 1m12.4s territory.

Most drivers focused on making changes to the front of the car in between their runs, with Rasmussen even breaking his second run into two pretty sharply to make an adjustment to the rear of the car too before setting any more laps.

The pace was slower than before as drivers found where handling was at its best and worse around the undulating course, but a very strong lap from Frost with a minute to go put him past Lundqvist by a tiny 0.0383 seconds.

After the chequered flag his team-mate Benjamin Pedersen, who is co-run by Global Racing Group, also improved and he went just 0.0267s slower than Frost in second place.

Andretti driver Sting Ray Robb was another to find a little more pace once on low fuel, and he rounded out a top four covered by less than a tenth of a second.

Frost explained afterwards that he had changed the tyre pressures between his runs but done little other set-up work while in the pitlane, and said his session-topping time was “more about me perfecting the lap than anything, really”.