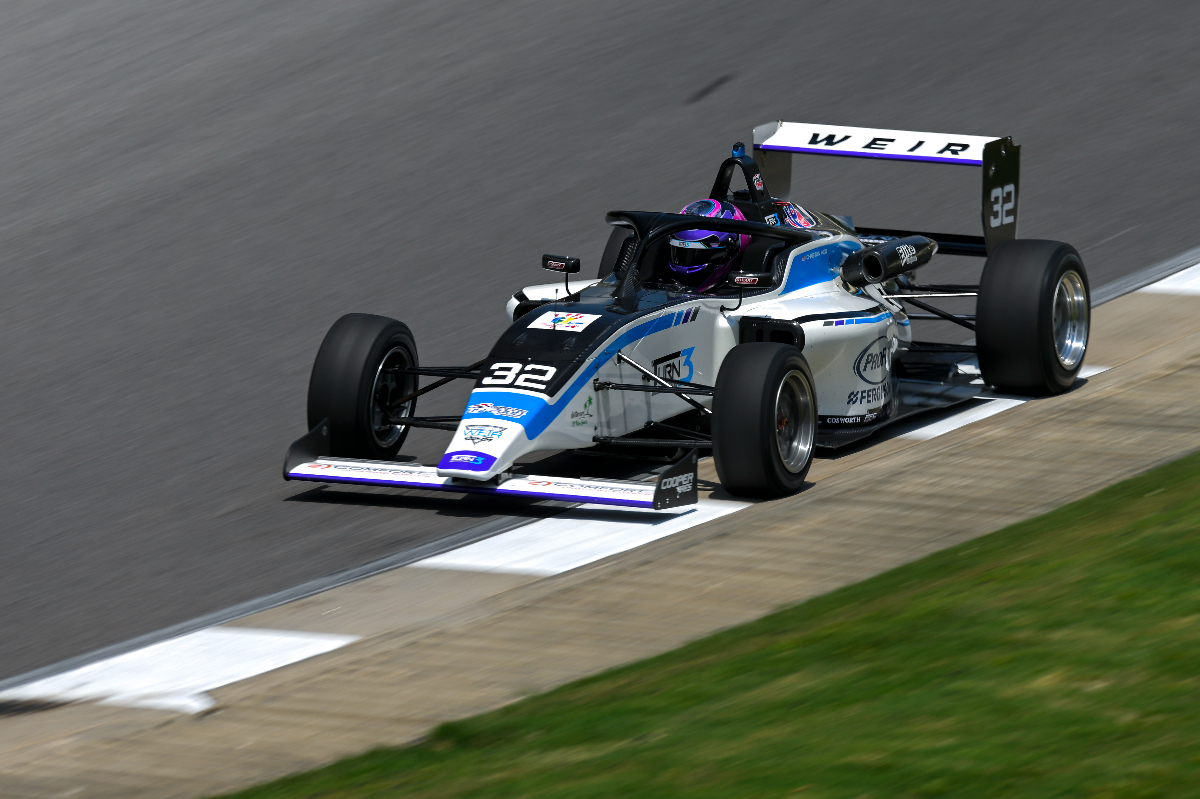 The Turn 3 Motorsport driver sat outside of the top 10 for most of Q2, but posted a 1m22.3788s lap good enough for pole with five minutes to go just before red flags were waved as Jay Howard Driver Development’s Danny Dyszelski hit trouble.

In USF2000 the clock is paused during stoppages, meaning there was a chance to improve after the restart. However Dyszelski’s team-mate Yeoroo Lee then had an off at turn seven that stopped the session again before anyone set a lap.

That left under four minutes to play with on the second restart, providing enough time for those who were first out of the pits to set two flying laps.

Cape Motorsports’ Jagger Jones, who was already on the front row, improved to lap just 0.0288 seconds slower than Weir, and Legacy Autosport’s Simon Sikes and Pabst Racing’s race one poleman Myles Rowe jumped up to third and fourth just before the chequered flag fell.

This gave them the opportunity to go around again, but on a track that was gripping up ever more they couldn’t quite match Weir’s earlier benchmark.

Rowe got closest, getting within 0.0113s of the pole time, and Cape’s Michael d’Orlando was also within two tenths of Weir but qualified fifth.

DEForce Racing’s Bijoy Garg was one of the last out of the pits yet he snuck in at the very end to qualify sixth, pushing team-mate Thomas Nepveu down a spot. Nepveu had not improved on the laptime that had put him in first place in the first half of Q2.

Two tenths of a second covered sixth to 10th, with Exclusive Autosport’s early pacesetter Billy Frazer ending up in ninth as he had a messy end to the session.