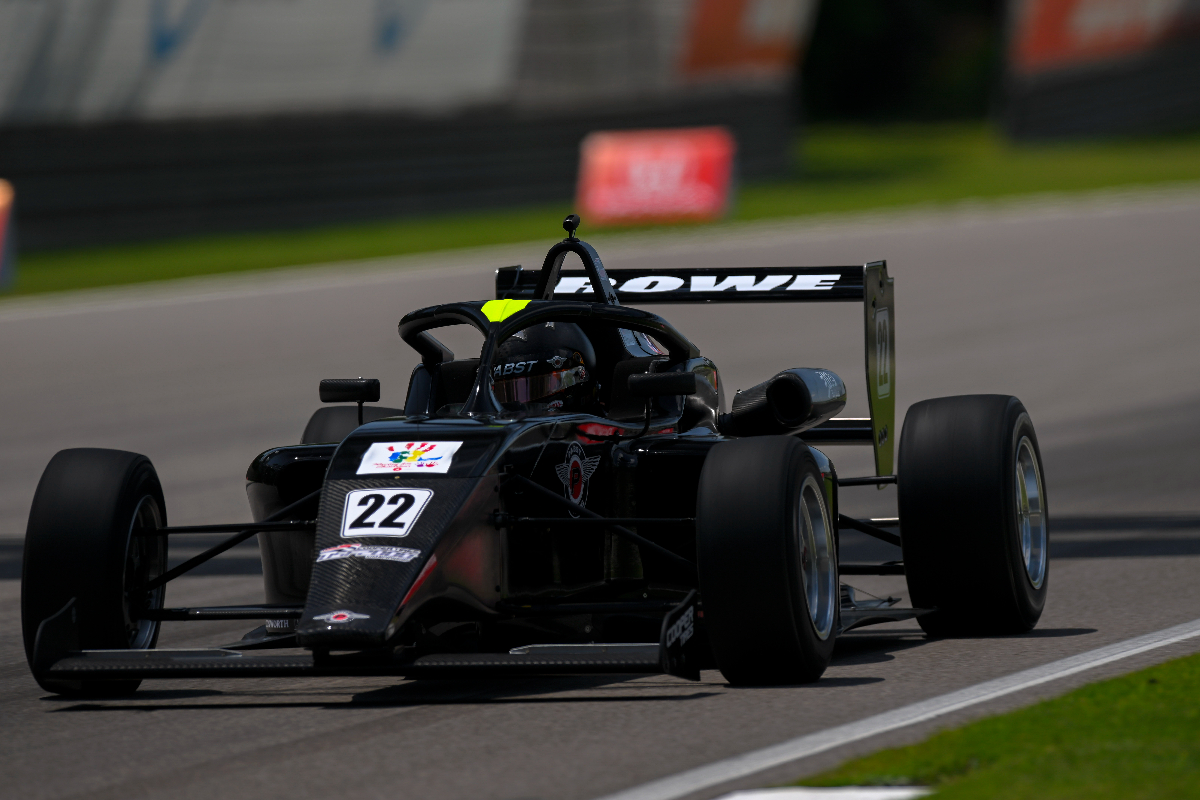 Myles Rowe won from pole in the first USF2000 race at Barber Motorsports Park, continuing strong form shown in what could be his last weekend in the series.

A long search for budget landed Rowe a seat at Pabst Racing for this year, but a big crash while fighting at the front of the season-opening race in St. Petersburg left a big repair bill and left him without the budget to continue into Barber.

However he went on to win the second St. Petersburg race in his repaired car, and eventually found the budget to come to Barber too. He’s made the most of it so far, going first and second in the two qualifying sessions and winning race one.

At the start of the Saturday race he came under brief pressure at the turn five hairpin from Jagger Jones, but the Cape Motorsports driver soon fell down the order and Legacy Autosport’s Simon Sikes moved into second.

He picked up the slipstream on lap two to attack Rowe but couldn’t find space either side of him to pass, and instead tucked in behind for the next few laps.

Exclusive Autosport’s Billy Frazer jumped from sixth to third on lap one, and when he started to fill the mirrors of Sikes it gave Rowe a little bit of breathing space in the lead in the middle of the race.

With a few laps to go there was a change for second place, with Frazer squeezing down the inside of Sikes at turn seven. Sikes didn’t want to relinquish, and ended up falling behind Cape’s chasing Michael d’Orlando and DEForce Racing’s Bijoy Garg who had started second but was several seconds back in fifth before Sikes dropped down the order.

There was little overtaking across the grid, and Jones finished ninth after spending most of the race stuck behind his team-mate Nicky Hays.

On the rolling start there were a few drivers who went too early at the back, and of those Jackson Lee and the debuting Danny Dyszelski copped drive-through penalties.

Dulan Christie was running in the top 10 before a spin at turn seven early in the race. He managed to continue, and recovered to finish 15th.