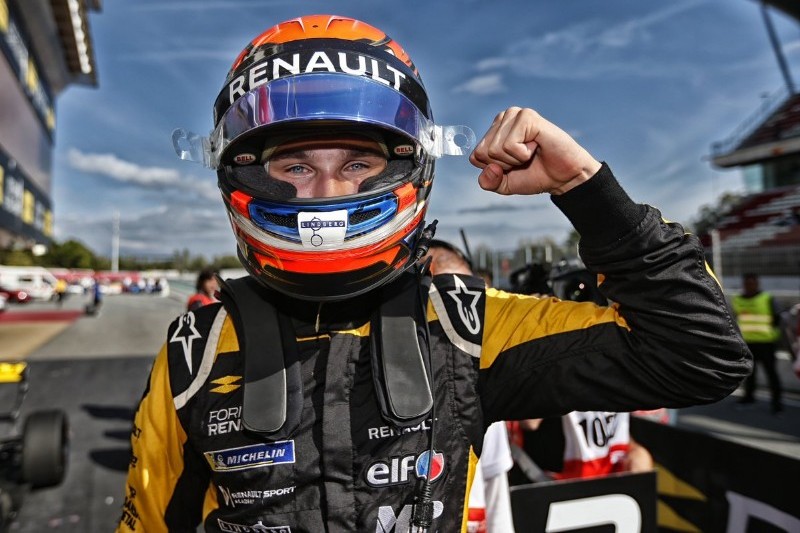 Their involvement will offset the departure of their stablemates Max Fewtrell (Renault) and Dan Ticktum (Red Bull) from Hitech GP, the latter after a disappointing first two rounds.

SMP and Spanish F4 champion Lundgaard was narrowly beaten to the Formula Renault Eurocup title last year by Fewtrell, and will become team-mates with his rival this year at ART Grand Prix in the new F1-supporting FIA F3 Championship.

Martins finished three places further back in the Eurocup standings, winning twice, and will switch from R-ace GP to Lundgaard’s old team MP Motorsport for a second season in the championship, which is switching from FR2.0 to regional F3 rules for 2019.

Like Fewtrell, both Lundgaard and Martins will be using their Asian F3 cameos to gain experience ahead of rookie seasons in F3.

Ticktum’s entry in the championship was to sustain the FIA superlicence points required to race in F1 for 2019, but his ambitions were quelled by two rounds of misfortune and the revelation that the series did in fact not count for superlicence points, and he will have to finish fifth or higher in Super Formula or win the Macau Grand Prix for a third time this year to qualify for a F1 drive in 2020.

Although he will be taking over Fewtrell’s car, Doohan will effectively be replacing Ticktum at Hitech, ahead of a likely double F3 campaign in Euroformula Open and Asian F3 this year.

Pinnacle has also added Miki Koyama to its line-up, who is entering the Sepang round to get experience of an F3 car to boost her chances to making it into the W Series.

Having previously announced that BRDC British F3 race-winner Jamie Caroline would be racing for the team, BlackArts Racing has drafted in Macanese driver Charles Leong, who finished fourth in the regular Asian F3 season last year.