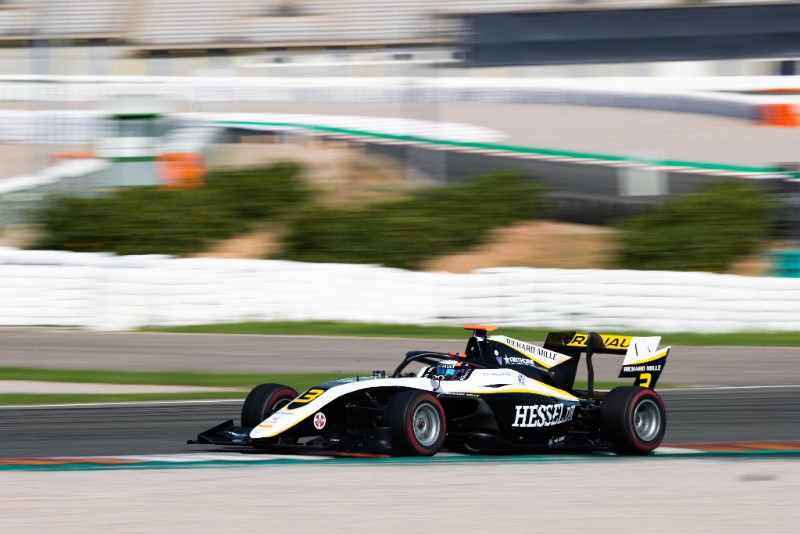 Christian Lundgaard set the pace for the second day in a row in the post-season FIA Formula 3 Championship test at Valencia.

The ART Grand Prix driver had a clear advantage once up to pace, being the only man to lap in the 1m20s on a circuit that was drier than the day before.

Once Lundgaard has broken into the 1m20s, most teams switched focus to race runs, although Lorenzo Colombo (MP Motorsport), Yuki Tsunoda (Hitech), David Beckmann (Trident) and Fernandez did outpace Doohan before the end of the morning session.

There were several new additions to the testing line-up, most of whom had flown from the Formula Regional European Championship finale at Monza. It was Dennis Hauger from the supporting Italian Formula 4 championship that was the most impressive though, down in 23rd place but just a second off the pace.

The afternoon session was also mostly a focus on race runs, although Prema’s Oscar Piastri used his lengthy time on track to set a 1m21.679s lap. It came just short of the time that put him 17th in the earlier running.

Calan Williams (Jenzer Motorsport), Yu Kanamaru (Campos Racing) and Dan Ticktum (Carlin) all topped the times early on, before Hitech’s trio of Red Bull juniors came into play. Tsunoda and Piastri ended up battling for first place, with Piastri snatching the position for the final time late on.

For the final day of the test, Tsunoda will give way for Max Fewtrell at Hitech, while Lirim Zendeli takes David Beckmann’s slot at Trident.

Billy Monger returns to Carlin in a specially adapted car, while Jenzer Motorsport’s Macau Grand Prix signing Andreas Estner will get seat time ahead of next month’s race. HWA Racelab will give Sophia Floersch her first taste of FIA F3.