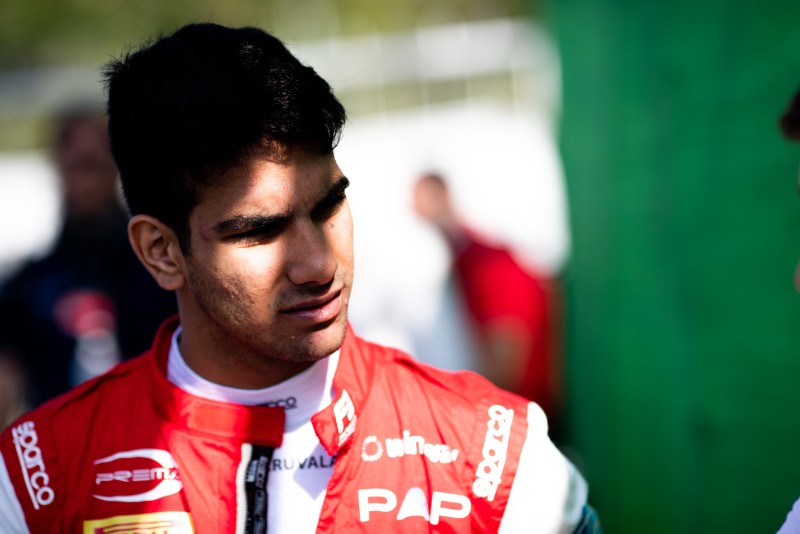 Jehan Daruvala has pulled out of Prema’s Macau Grand Prix line-up due to a knee injury.

The 21-year-old finished third in the FIA Formula 3 Championship standings this year with the team, winning races at Barcelona and Paul Ricard, and as a Force India Formula 1 junior was a winner in FIA European F3 in 2017 and ’18.

Daruvala finished directly behind team-mates Robert Shwartzman and Marcus Armstrong in FIA F3 this year, and the trio were set to reunite for Macau under the historic Theodore Racing by Prema banner.

“All the best to the Prema boys racing in Macau,” Daruvala said on Twitter. “It?s been a great year so it?s a shame I won?t be joining them in Macau as I?m currently recovering from a knee surgery. Now focusing on the road to recovery.”

Prema has been evaluating several drivers over the last few days in the post-season FIA F3 test at Valencia.

Ahmed and Vesti both have Macau experience from last year, while Sargeant is more familiar with the Dallara F3 2019 car being used for the grand prix having driven for Carlin in FIA F3 this year.

Sargeant, who will replace Piastri at Prema for the final test day, is already entered with Carlin for Macau and Fittipaldi is set to join Sauber Junior Team by Charouz for the race.