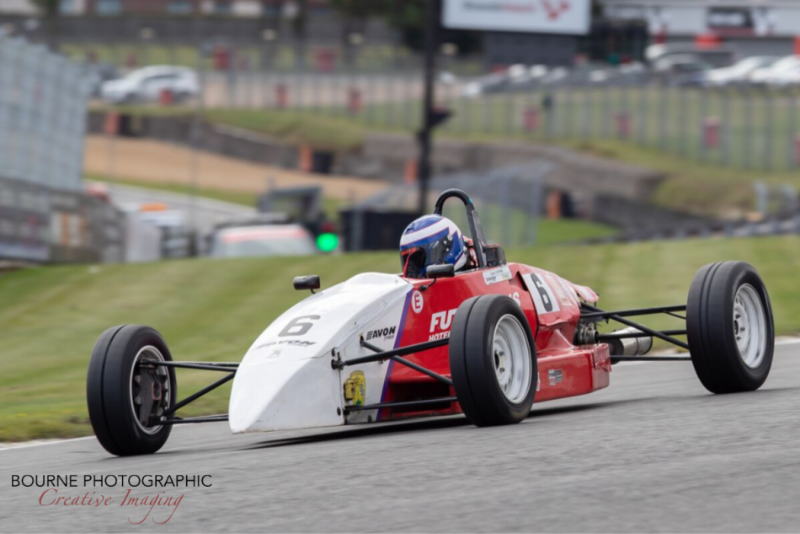 Cooper had to withstand pressure from B-M Racing’s Rory Smith and then Don Hardman Racing’s Joey Foster during the race.

Smith had moved up to second place in the opening two laps to challenge for the lead but Foster ? who started on the front row alongside Cooper ? regained the position on lap four of 19.

There was contact at Paddock Hill with less than five minutes on the clock which resulted in Foster spinning out of contention for the win.

This gave Cooper some breathing space, while Kevin Mills Racing’s Michael Eastwell took advantage to move up from fifth to second.

Smith had the three Cliff Dempsey Racing cars of Spike Kohlbecker, James Clarke and Jonathan Browne behind him.

Browne recorded the fastest lap of the race and looked the quicker of the three drivers, but on the penultimate lap he attempted a move on Kohlbecker at Paddock Hill which resulted in him spinning into the gravel.

Kohlbecker’s failure to win from pole, combined with the absence of Team Dolan’s championship leader Ross Martin, ensured Martin of the 2019 title.

Clarke had dropped back into the guesting Chris Middlehurst and Jamie Sharp?s battle, the two Team Dolan drivers having been swapping places all race. Sharp retired three laps before the end with a mechanical failure.

B-M Racing’s Max Marzorati was the first of the Clubman class drivers in seventh. Adam Quartermaine beat John Svensson to second in class and 11th overall, but it wasn’t enough to deny the latter the title.

Foster rejoined in 12th after his spin but worked his way up to finish the race in ninth, in between KMR’s Michael Macpherson and Dolan’s Morgan Quinn.