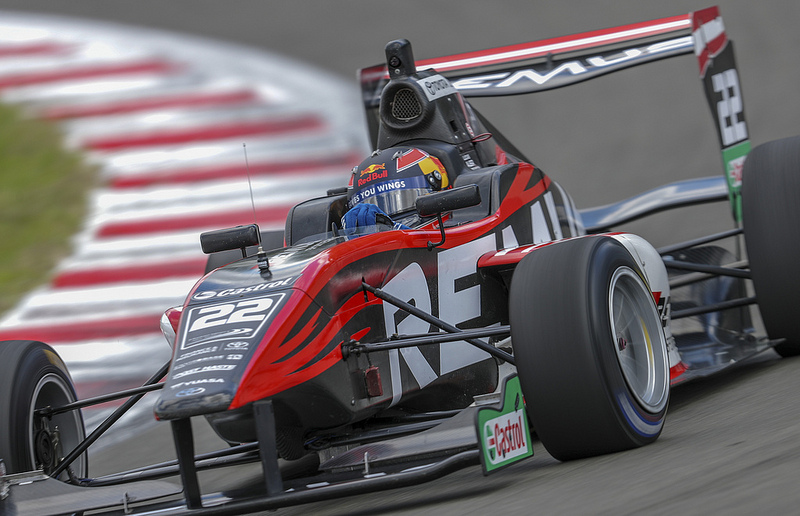 The Austrian initially played second fiddle to Lawson, who extracted a fast time out of his tyres early on, before Auer dropped the benchmark to 1m02.388s. It marks his second grand prix pole, having also achieved the feat back in 2013 under the aggregated times format.

“Yesterday we had some struggles with the tyre choice. We adjusted than and a couple of other things, and we made a huge step,” said Auer.

Lawson was “confused” over how Auer had set his quicker time later in the session, but importantly beat rival Armstrong, who he leads in the Toyota Racing Series standings by one point with two races to go at Manfeild.

A last minute flying lap by Victory Motor Racing’s Brendon Leitch put him fourth on the grid, ahead of M2’s Esteban Muth and Cameron Das and the Giles Motorsport pair of Raoul Hyman and Petr Ptacek.

Artem Petrov, who missed the first race of the weekend through illness, returned to the track with ninth place, with Calan Williams completing the top 10.

At the back of the field was Kenny Smith, who will be making his 48th NZ GP start from 17th on the grid.