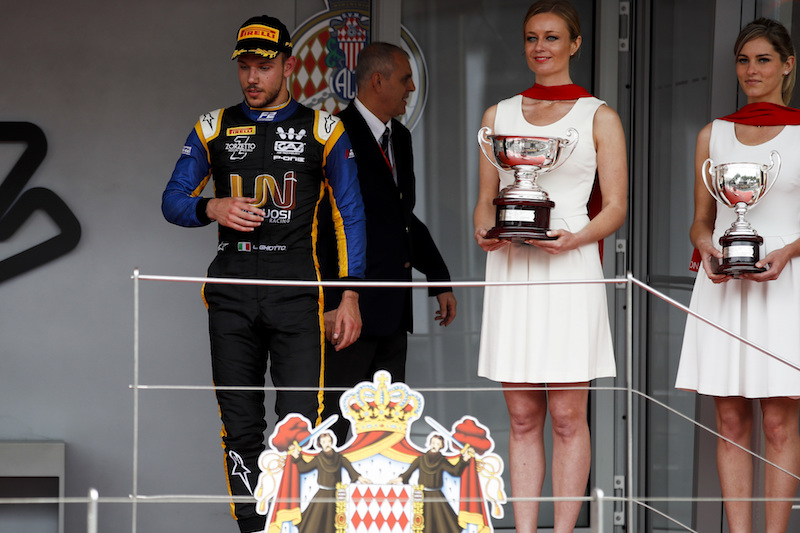 Luca Ghiotto has been disqualified from his second-place finish in the Monaco Formula 2 feature race.

Ghiotto was stripped of the result after post-race checks found his Virtuosi-run car was using not-conforming rack stops.

A statement said the rack stops were “of a thickness that did not comply with Article 2 of the 2019 FIA Formula 2 Championship Technical Regulations and Page 75 of the Dallara User Manual.”

By finishing second in the race behind Nyck de Vries, Ghiotto had moved to within eight points of the series lead, having been 26 back arriving in Monaco. He will have to start the sprint race from the rear of the grid.

Anthoine Hubert gains reversed-grid pole from Louis Deletraz having been promoted to eighth in the results.

Mahaveer Raghunathan has been given a time penalty for hitting Jack Aitken into the barriers at the Fairmont hairpin late in the race.

A 20-second penalty moves MP Motorsport driver Raghunathan from 14th to 15th in the results, behind Tatiana Calderon.

The contact, which put Aitken out of the race, came after Raghunathan had held the Campos driver up during a flying lap in qualifying and then put up an aggressive defence against him earlier in the race.