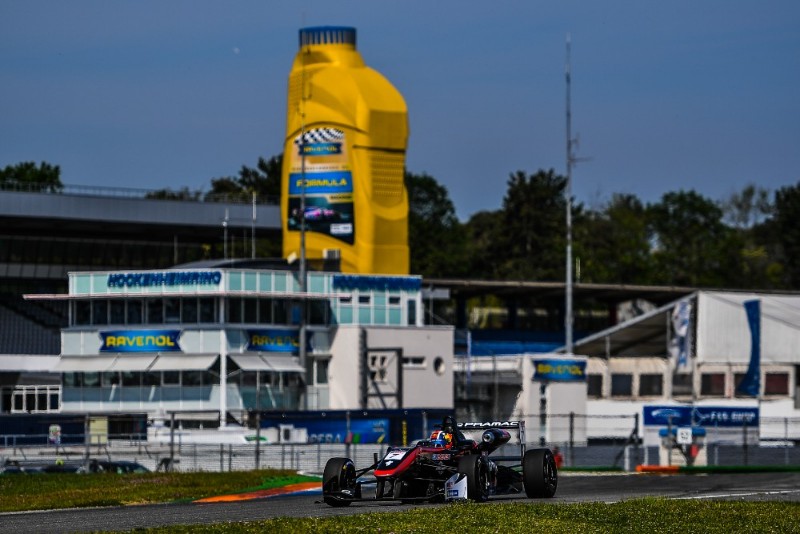 Double R Racing’s Jack Doohan ended Euroformula Open free practice on top at Hockenheim, while nursing the fallout of his onboard camera detatching itself.

In FP2 the camera fell into the cockpit and started bouncing around every time Doohan changed direction. This caused bruising to his left arm, and resulted in him using a protective layer made of rags wrapped around his elbow for the final session.

Double R seemed to have its wing levels trimmed to the right amount on fresh rubber, and in the final minutes of the day Linus Lundqvist went fastest for the team. He was only beaten by Doohan in the final few seconds, although Motopark’s Liam Lawson also managed to beat the Swede’s time.

Teo Martin Motorsport pair Aldo Festante and Lukas Dunner were fourth and fifth fastest, the former assisted by a slipstream from the latter on his best lap.

Carlin looked quick early on in the session, but failed to improve on its second runs and its drivers lingered near the bottom of the timesheet. Christian Hahn’s session was also cut short after an off that damaged the underbody.