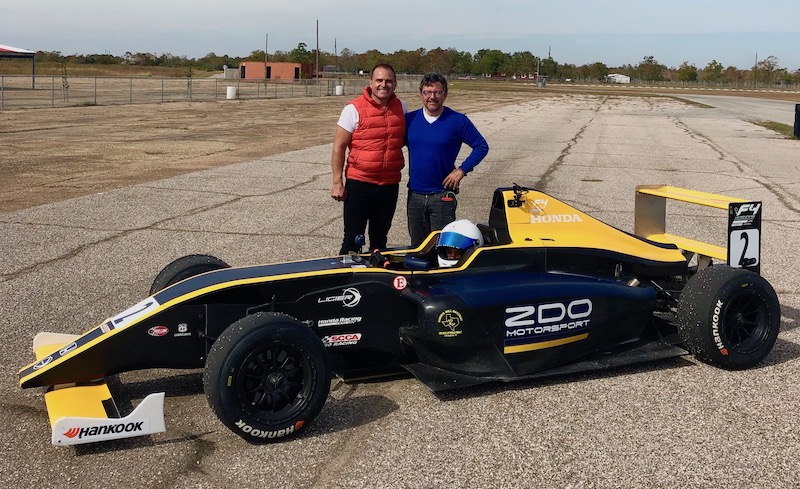 The Italian worked trackside for Ferrari through the 1990s and 2000s, and was promoted from an engineering to a managerial role after Ross Brawn’s departure from the team at the end of 2006.

After several years as chief track engineer, Baldisserri became the manager of the Ferrari Driver Academy responsible for bringing drivers through from karting and lower single-seater echelons to a position where they are ready for F1.

Sergio Perez and Jules Bianchi were the first two FDA graduates to reach F1, and when Lance Stroll left the scheme in 2016 for Williams he was followed by Baldisserri – who also worked with Prema Powerteam during Stroll’s FIA European Formula 3 title campaign with the team.

After working as one of Stroll’s race engineers once he was promoted to a Williams F1 seat,?Baldisserri has now committed to being technical director for Jensen, which races in F3 Americas and United States Formula 4.

The outfit is run by former Atlantics driver and team boss Eric Jensen, who started the Ferrari Driver Academy with Baldisseri, and signed Stroll to the programme.

?I have enjoyed a long and successful career in both Formula 1 and with developing next generation F1 stars,? said Baldisserri.

?Eric Jensen and I have been good friends for many years, and I have always enjoyed the spirit of American racing.

“I’m excited for the year ahead competing with a crop of talented young drivers and the challenge of engineering on many new circuits.?

F3 Americas has added the famous Trois-Rivieres street circuit in Canada to its calendar for 2020, and has also attracted its first Canadian team to join what have so far been small grids in the championship’s first two seasons.

Jensen has retained Logan Cusson for a second F3 season. The 19-year-old finished 12th in the standings this year with a best finish of sixth. The first of its two F4 cars for next season will be driven by Jake Bonilla.