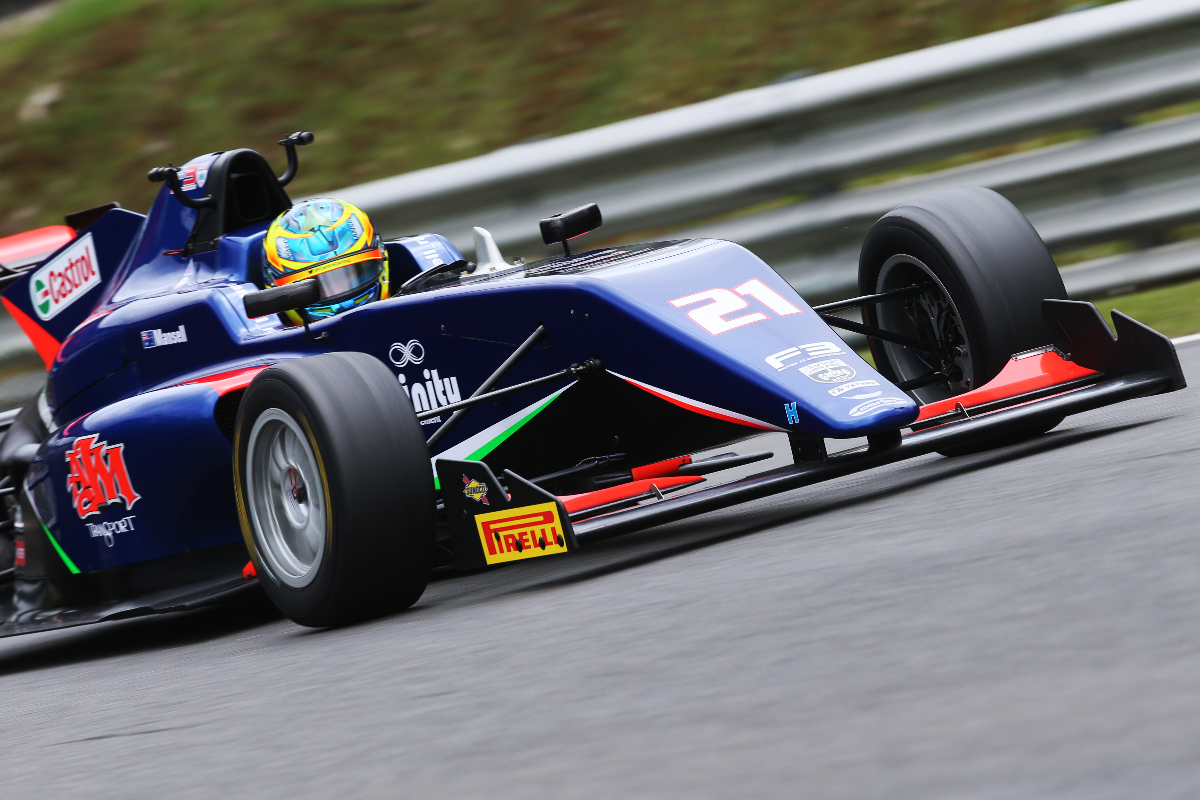 Christian Mansell was quickest in Friday’s BRDC British Formula 3 free practice at Spa-Francorchamps, as illness ruled out Arden’s Frederick Lubin from the weekend.

Carlin driver Mansell was fastest in the first of three sessions with a time of 2m18.047s, while Arden’s Roman Bilinski topped the other two sessions but was unable to match Mansell’s earlier effort.

Arden are only fielding one car after Lubin was ruled out for a second round in a row.

Lubin has revealed he is suffering from mycocarditis, a virus which causes inflammation of the heart muscle.

“My health isn’t one hundred percent yet,” Lubin revealed on Instagram.

“I have a mild case of myocarditis and even though it is only mild is still has to be treated with extreme care otherwise it can cause some serious damage.

“I would like to thank all the doctors at Royal Brompton and St Marie’s for helping me get back on track.

“I’m on the mend and I’ve made some huge steps forward so I’m hoping to be back for [the next] round at Snetterton”.

Mansell was 0.3s faster than Bilinski during free practice, with Elite Motorsport’s Javier Sagrera a further 0.3s behind third – all three setting their best times in the opening session.

Championship leader Zak O’Sullivan led the second session before being pipped late on by Bilinksi, though his time was good enough to end up fourth overall.  Title rival Reece Ushijima was another to set his best time in the second session, the Hitech GP driver finishing sixth overall behind Elite’s Tom Lebbon.

Ushijima led the first half of the final session, before Bilinksi again went fastest.  Elite’s Jose Garfias was the only driver to improve his time, but was only good enough for 15th overall.

Hunter Yeany was ninth fastest ahead of his British F3 debut, one place behind Fortec team-mate Roberto Faria.