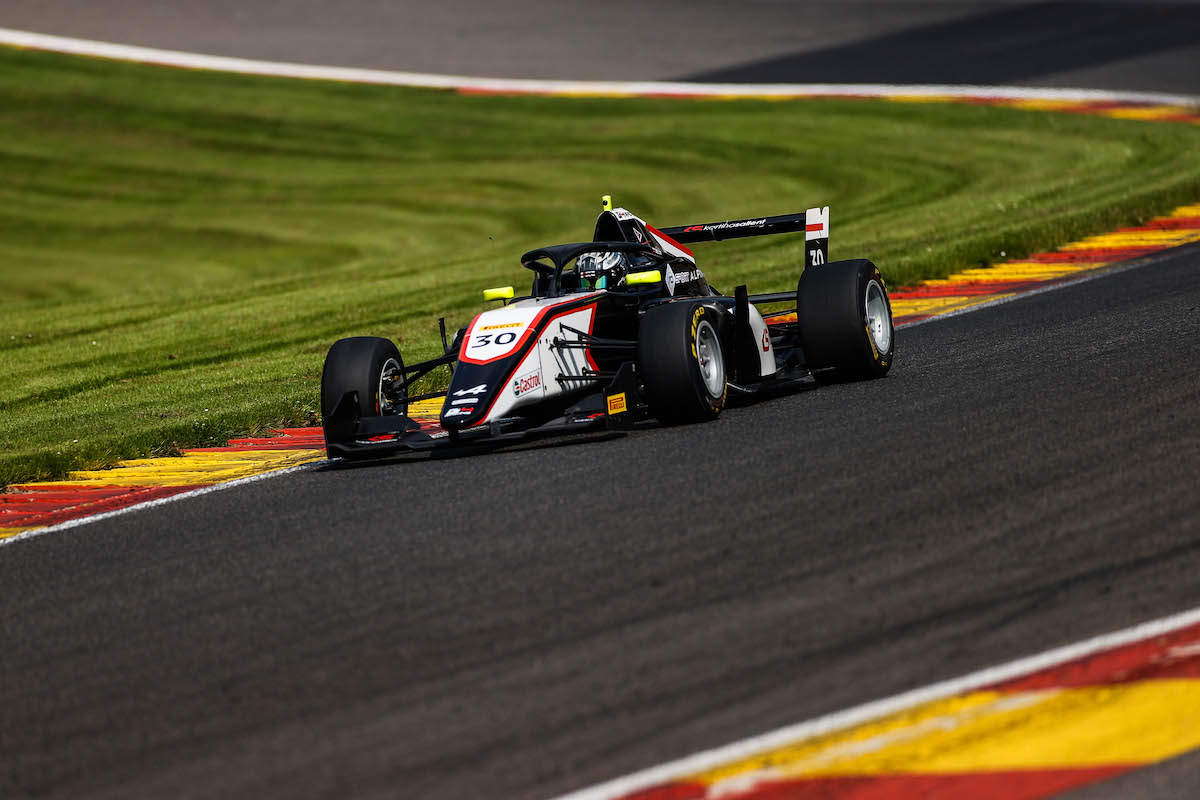 Laptimes were significantly slower than in the cooler morning session, with Belov’s quickest lap of 2m15.777s being 1.259 seconds off his morning best.

David’s R-ace team-mates Zane Maloney and Isack Hadjar were fourth and fifth. Behind them came all three of Prema’s cars, headed this time by rookie Dino Beganovic ahead of Paul Aron and David Vidales.

Aron sat at the top of the times after the initial runs but dropped down the order as others improved their laptimes.

Morning frontrunner Franco Colapinto had a frustrating session and engine problems meant he could only manage five laps and ended up in 22nd place.

Monolite Racing, one of three teams yet to score a point in 2021, enjoyed a more promising session. The inexperienced pairing of Pietro Delli Guanti and Dexter Patterson were 10th and 12th fastest respectively.

Having had a total of 26 laps disallowed in the earlier session for exceeding track limits, the drivers did seem to be more circumspect. Nevertheless, several laps were deleted, with Jasin Ferati and Mari Boya being multiple offenders.