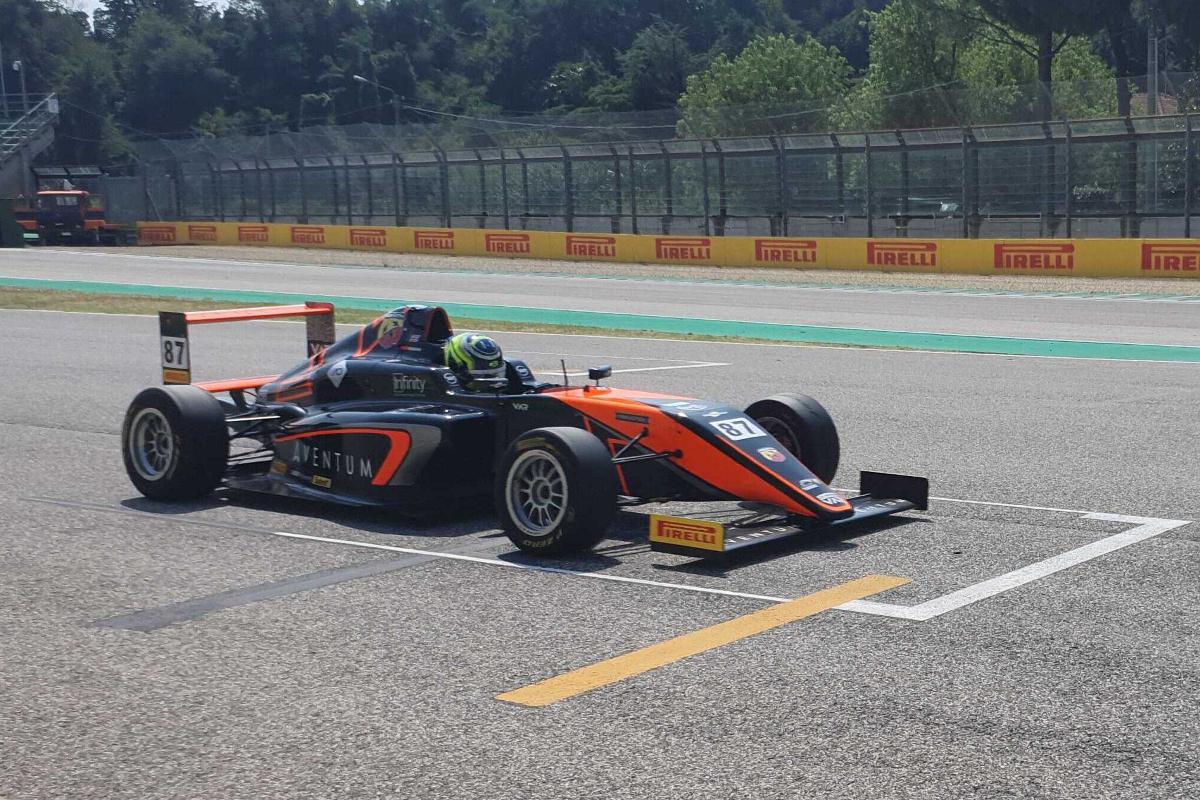 Bearman’s fastest lap came in the late afternoon session, in which he was actually the very first to set a lap.

Iron Lynx’s Leonardo Fornaroli however was the early pacesetter, before Bearman jumped to top eight minutes into the session with a 1m45.890s lap.

Two-and-a-half minutes later that bettered by Prema duo Sebastian Montoya and Kirill Smal, with a second flying lap from Smal bringing him to within less than a tenth of a second of Montoya’s pace. Bearman sat in third, with Mucke Motorsport’s Joshua Duerksen in fourth.

That was the order when the session was stopped due to DR Formula’s Pedro Perino going off, and it took a while for improvements to come in once FP2 resumed. Bearman returned to the top with 11 minutes to go of the 40-minute session, with Jenzer Motorsport’s Francesco Beaschi then his closest rival before Montoya improved.

Montoya then went back to first place with nine minutes to go, and Bearman was shuffled down to third by Fornaroli a minute later. Bearman responded by going 0.035s faster than Montoya, who was going to go on a lap to try to beat it before the track went under full course yellow conditions due to AKM Motorsport’s Lorenzo Patrese stopping.

Green flags were waved again with just enough time for final laps to be put in, and Bearman secured first place over Montoya.

In FP1 it had been Montoya who set the pace, but the session took place in warmer conditions that slowed the cars down compared to FP2. Jenzer’s Santiago Ramos and Fornaroli traded top spot early on in the session, before Montoya and Smal came to the fore. Their occupation of the top two spots was broken towards the end by Bearman.