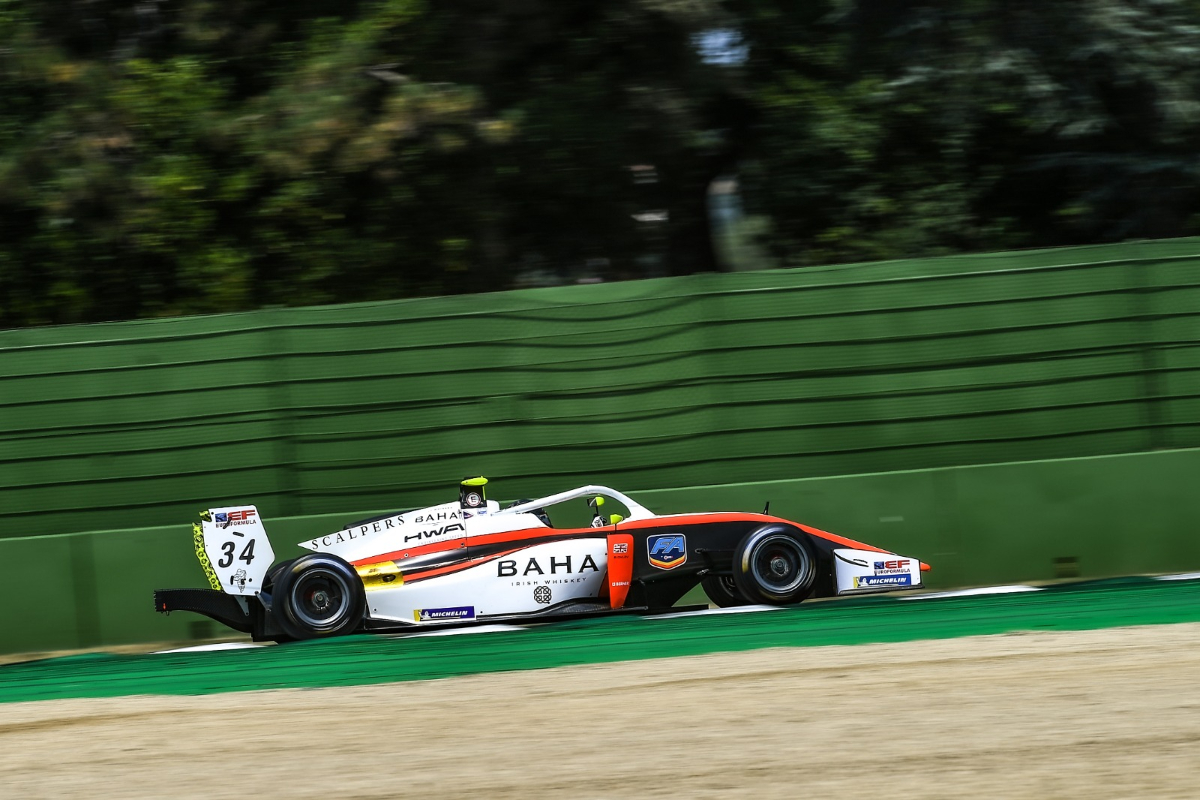 Drivex School has called up its Spanish Formula 4 driver Branden Lee Oxley to be part of its Euroformula line-up this weekend.

The Anglo-Thai is currently in his first year in single-seater competition, and has a best finish of 12th from the three rounds in Spanish F4 he has contested so far. Last year he raced with success in Spain’s TCR series and Radical Nevada Cup.

During 2020 the 17-year-old tested in previous-generation Formula 3 machinery, meaning he is not totally unprepared for his Euroformula debut. His race seat was announced very shortly before free practice at Imola began.

“So I’m extremely happy and excited to announce I’ll be attending Euroformula Open at Imola with Drivex,” Oxley said on Friday morning.

“I’ve never driven this specific car before but I’ve got two free practices to get into a rhythm for the qualifying and races tomorrow.”

His first session in Euroformula’s Dallara 320 car came in FP1 early on Friday afternoon, and he was ninth fastest.

Trulli, in his first appearance with Carlin after vacating the seat that Oxley now occupies, and the VAR drivers were the drivers to beat from the off. Double R Racing’s Josh Mason also joined the group of frontrunners before he had a car issue that meant he pitted for a final time a minute or two earlier than his opposition and so missed out on the grippier track surface at the end of the session which meant he dropped him from third to eighth place.

VAR’s Rafael Villagomez and Cem Bolukbasi were third and fourth, and just over a tenth behind Trulli after being a second slower than him for some time, while Motopark’s Red Bull junior Jak Crawford completed the top five.

Crawford’s team-mates had a tricky session, with points leader Cameron Das leaving it very late until he went out on track while the debuting Roman Stanek didn’t even leave the garage as an issue prevented his car from being driven and leaves the Czech with just a single session to learn the 320 before qualifying.