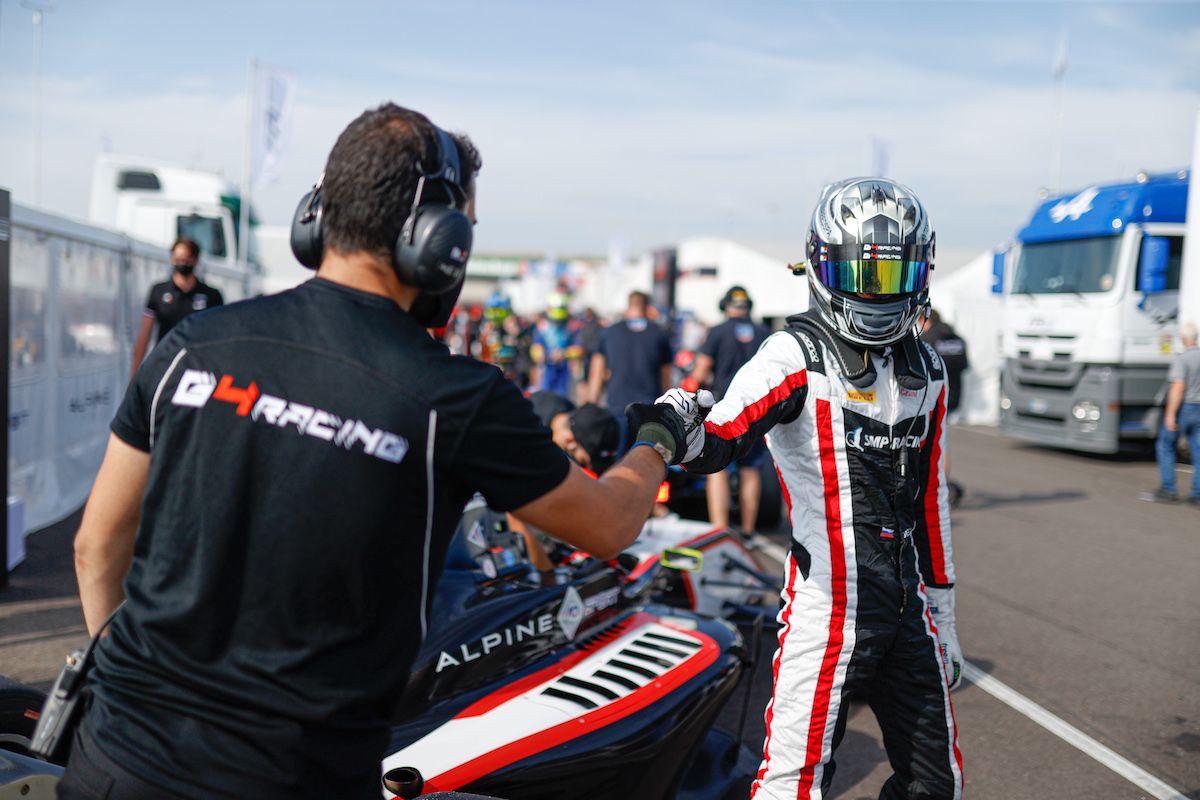 Michael Belov continued his impressive form from midweek pre-event testing to record the fastest time in Friday’s first session ahead of the Formula Regional European Championship by Alpine round at a sunny Spa-Francorchamps.

Running resumed with five minutes remaining in the 50-minute session after a brief red flag caused by Alexandre Bardinon. Belov, in his second FREC outing for G4 Racing, was the only one of the front-runners to improve, moving up from fifth with his final lap of the session.

His time of 2m14.518s was enough to edge ahead of runaway championship leader Gregoire Saucy (ART Grand Prix) by just 0.021 seconds. Track limits again caused problems with both Belov and Saucy having times deleted.

Despite posting the fastest sector time in S3 on his last lap, Hadrien David was unable to improve on third place for R-ace GP.

Franco Colapinto (MP Motorsport) and Isack Hadjar (R-ace GP) were among those to head the times during the session but ultimately finished fourth and fifth.

Less than a second covered the top eleven runners over the seven-kilometre lap of the Ardennes circuit and the top six included drivers from five different teams.

During the five-week break since the last race at Zandvoort in June there have been several driver changes in the field.

Having replaced Thomas ten Brinke at ART, Patrik Pasma could only set 13th-fastest time despite being fifth in the pre-event test. His replacement at KIC Motorsport, Jasin Ferati, was slowest of those to set a time.

The second practice session gets underway at 14.55 local time. Both qualifying sessions and race one are scheduled for Saturday with the weather forecast indicating the likelihood of heavy rain.