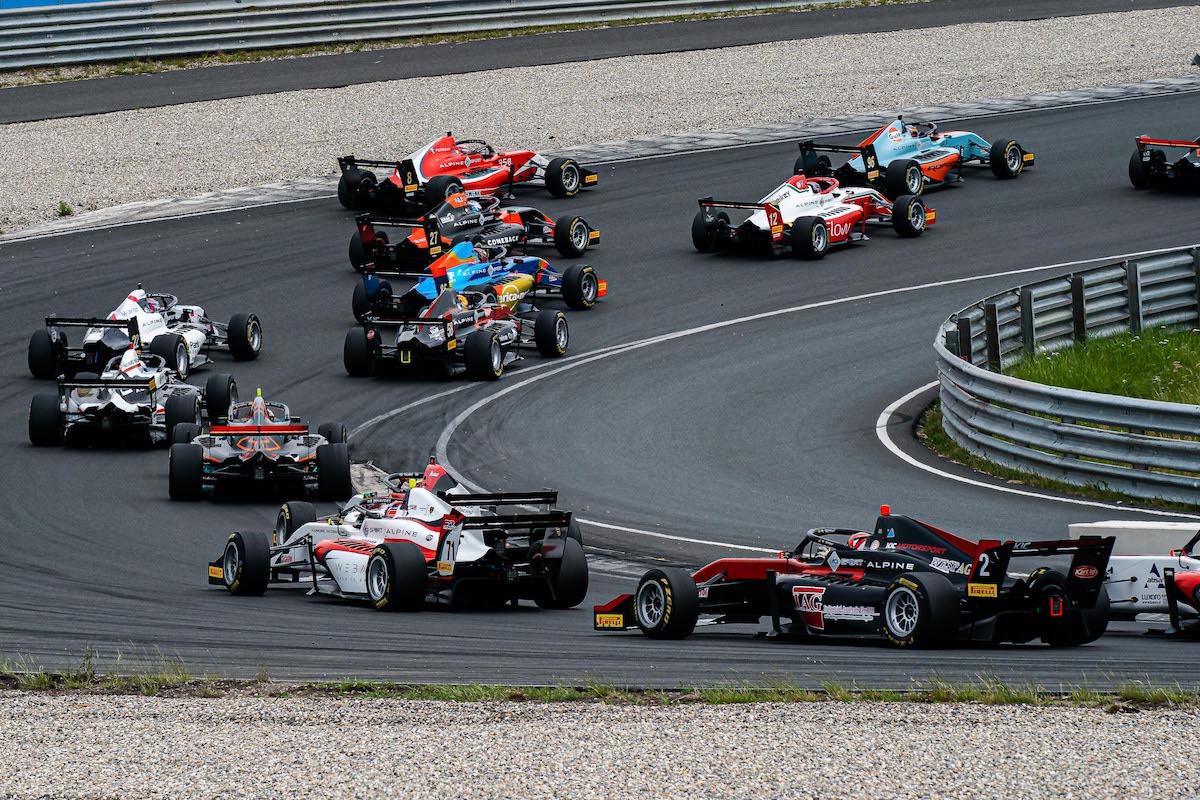 The recent floods in parts of Europe have caused the Nurburgring in Germany to be repurposed and for August’s Formula Regional European Championship by Alpine round to therefore be cancelled.

Devastating floods ravaged through large parts of Belgium and Germany, killing more than 200. The Eifel region in which the German circuit is based was also affected.

The Nurburgring and its infrastructure is therefore currently being used as a centre to assist those in need, distributing food, clothes and hygiene items through the help of volunteers.

This will continue to be the case for some time as yet, and therefore the FREC round to be hosted next month will no longer take place.

A statement from the championship said that “due to the tragic flood disaster in the Eifel and the surrounding regions, at present, the police, the Bundeswehr [armed forces], the rescue service as well as the fire brigade and the disaster control service from all over Germany are using the Nurburgring and its infrastructure as a central base camp. They start from here to the affected areas of the district of Ahrweiler.

“The Nurburgring and its infrastructure will continue to be used by rescue services as a headquarters for coordinating relief efforts in the region until 8th August at the earliest.

“Under these circumstances, the Nurburgring is no longer to hold the seventh race weekend of the Formula Regional European Championship by Alpine.

“An alternative weekend or venue are currently being assessed and will be announced in the following weeks.”

Formula Scout believes the replacement round is most likely to occur in Germany, potentially at one of the country’s other venues.

ADAC Formula 4 had also due to race at the Nurburgring on the same weekend in support of ADAC GT Masters, but will also be rescheduled.

Across the border, the Spa-Francorchamps circuit was heavily damaged in the floods, but it was able to continue operating despite considerable damage to the infrastructure accessing the circuit.

FREC races there this weekend, with Gregoire Saucy and Mikhael Belov leading the pre-event tests there on Wednesday.

If you are able to donate to the relief efforts around the Nurburgring, more details can be found here.