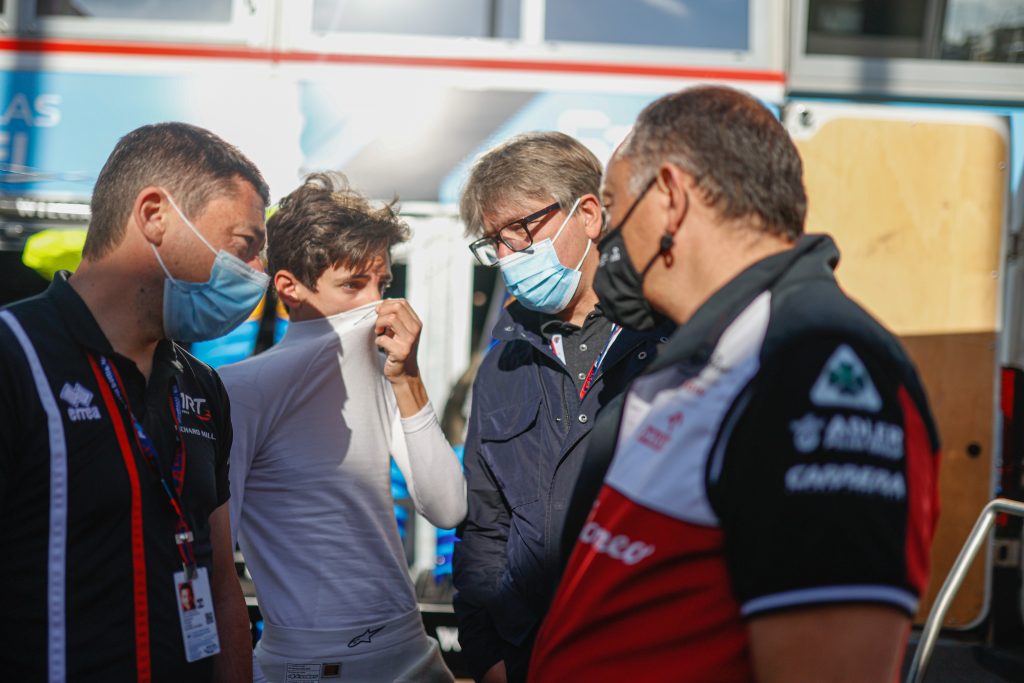 Sauber’s Formula 1 operation will be part of automotive behemoth Stellantis under its Alfa Romeo brand for the next few years, giving a bit more long-term stability for a team that – despite its results – has big ambitions

Frederic Vasseur’s arrival at Sauber Motorsport as managing director, just over four years ago, was a turning point for a team that was set for a Honda-powered future in Formula 1. Instead, Vasseur renewed its Ferrari engine supply and signed a deal with Fiat Chrysler Automobiles president Sergio Marchionne that led to sponsorship from, and then becoming, Alfa Romeo.

In the two-and-a-half seasons and 48 races since making itself the resurrected version of the title-winning Italian manufacturer, it has not added to Alfa’s tally of 10 world championship wins and finished in the top five of only one race.

This lack of performance put real pressure on Vasseur and his colleagues when it came to finding funding to take the team into F1’s next big rule change – and budget cap – in 2022. FCA had now become part of Stellantis, Marchionne had died, and a combination of quarantine procedures in Switzerland and budget squeezes left the team operating as tightly as ever.

Stellantis has a greater focus on North America and electrification of its automotive fleet than FCA did on its own, as the merger with France’s PSA Group brought in a bunch of companies way further down the line with their electric plans.

That made F1 a far harder sell as a marketing tool, of course not helped by the lack of results, and particularly when joining IndyCar as an engine supplier for the series’ hybrid era or entering Formula E with its own team were ideas under consideration for the brands that had been part of FCA. But those options eventually ruled themselves out, particularly with sister brand DS’s commitment to FE, leaving Sauber with a far stronger hand in F1 than it would expect to hold in 2021.

A deal was made, and buried in the fanfare of its announcement was the fact that Vasseur had also signed a multi-year deal to stay on as team principal. Now, more than ever, could his long-term ambitions for the outfit come to fruition.

Vasseur has a huge interest in junior single-seaters, having founded the ASM team in the 1990s that then became ART Grand Prix in 2005. As soon as he landed his Sauber job, he made clear his intentions of incorporating the lower formula into his plans for the team, and handed Charles Leclerc his F1 debut in 2018.

“I have worked with young drivers for 20 years,” said Vasseur at the time. “I am planning a junior academy at Sauber, probably from 2019,” he revealed. “But there must be real potential, as with Charles Leclerc.”

He looked to Stewart Grand Prix in the 1990s for the template to which his base his plans on, and the Sauber Junior Team was launched in 2019 as well as the Sauber Karting Team. At the time there were direct ties to Ferrari with the implementation of these plans – including selecting who would fill one of Alfa Romeo’s F1 seats – but that’s a contract that Formula Scout understands hasn’t been agreed upon yet for 2022, potentially giving Sauber full freedom over its F1 line-up.

It’s not new to shared responsibility though, having raced in sportscars in partnership with Mercedes and in F1 had equal billing on chassis names with its engine supplier BMW in the 2000s. The Sauber Junior Team launched in partnership with Charouz Racing System and US Racing in 2019 across three categories, and immediately won titles in ADAC Formula 4.

Theo Pourchaire was kept on for 2020 as the team alliances disappeared, and under the supervision of long-serving Sauber sporting director Beat Zehnder he’s now become a star of Formula 2 who is firmly in contention for an F1 drive next year.

The karting arm has also proven its worth, bringing several drivers into single-seater racing and enabling Sauber to snatch big talents before its F1 rivals – although that didn’t stop Ugu Ugochukwu switching allegiances to McLaren a few months ago…

More than just attracting drivers, Vasseur’s canny business mind has brought Sauber to the eyes of sponsors in other areas of racing, with significant Orlen backing in the F1 and karting teams, making it a financially sustainable junior team to have.

Formula Scout presents five young drivers, and a new sportscar star, who should be in consideration for a Sauber Academy slot during the Stellantis era…

After an outstanding karting career, ahead of the final year of which he joined the All Road Management stable of ART GP co-founder Nicolas Todt, Mini made his car racing debut in Italian F4 with Prema in 2020, taking the title by a significant margin in a highly-competitive field.

As a rookie, he took four wins and 12 podiums, then claimed a win, three other podiums and two poles from just two appearances in Germany’s ADAC F4 championship.

For 2021, the 16-year-old Sicilian moved up to Formula Regional European Championship with none other than ART GP – although Todt sold his shares in the team at the end of 2018 – and while he has demonstrated his speed he has so far been outpaced by his far more experienced team-mate Gregoire Saucy.

At the halfway point of the season he lies sixth in the standings and second in the rookie classification, with a podium tally bettered only by Saucy.

After a disappointing weekend at Monaco, his recent results have been more representative of his talent. On qualifying pace he has challenged Saucy often, with his average starting position being 5.6, while Saucy is not too far ahead on 3.1.

Mini has so far deliberately avoided committing to a junior programme under Todt’s guidance, preferring to keep his options open, but with such an outstanding record of success in his short career so far, Mini does have plenty of suitors. Ferrari might be the most obvious destination, but what about F1’s other Italian car brand?

Feature: The Franco-Italian alliance that could lead Mini to Regional F3 glory

While being Swiss is a big plus in itself for Saucy, the way in which he is taking command of the FREC season should be enough to start raising some eyebrows within the F1 fold.

Monaco aside, which, frankly, was a bit of a disaster for the ART GP driver, Saucy has obliterated highly-rated rookies and talented second-year drivers in his second full season in Regional Formula 3 machinery. He looks the complete package among the 30 plus-strong field that FREC is attracting in 2021.

He often likes to sit and build up in a qualifying session before putting in a laptime that simply looks unbeatable. In most cases, it is. He’s won six races of the 10 held so far from pole, and would have had a 100% pole-win conversion rate if not for a technical irregularity at Paul Ricard.

At 21, he’s not exactly the youngest driver Sauber could pick to join its ranks. But the sheer dominant fashion in which he’s running this season means he certainly deserves at least some attention from an outfit in motorsport’s pinnacle.

Bearman is surely the hottest property in F4 right now, leading both of Europe’s premier series in Germany and Italy – and therefore on course to do something no driver has ever done by winning both titles.

It’s been an impressive rise from a driver who wasn’t even set to make the step up from karting in 2020 before he committed at the last moment to racing in the pandemic-delayed season.

Now he’s switched from US Racing to Van Amersfoort for his second year he’s found a rich vein of form with wins in nine of his last 11 F4 races – quite remarkable given how competitive the German and Italian championships have been over the years. On top of that, he finished second in his first two F3 races in the British series opener at Brands Hatch.

In that form, Bearman’s list of suitors is sure to include all of the likely suspects, but you can be sure that Vasseur will be well aware of his talents too. 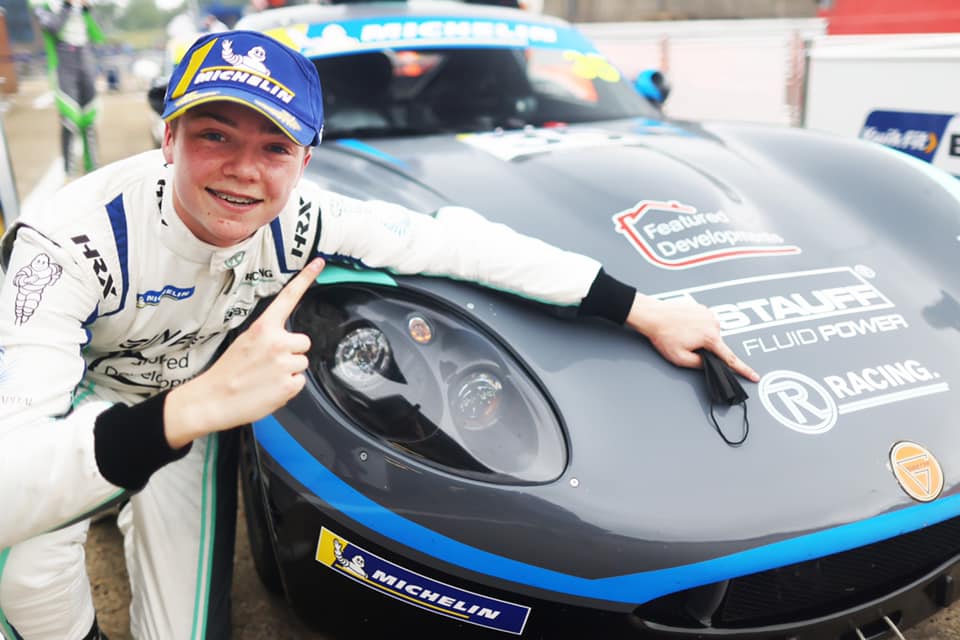 If Sauber wants to take a gamble on a young driver yet to prove himself in single-seaters, Callum Voisin should be on its radar.

Voisin made his car racing debut in Ginetta Junior earlier this year, following in the footsteps of older brother Bailey Voisin. It comes after a successful karting career, primarily spent in Britain, that included qualifying for the Rotax Max Challenge Grand Finals in 2020.

The Swiss-born racer has been a force to be reckoned with in Ginetta’s small and nimble sportscar. Though he lies only seventh in the standings, Voisin has won five races from eight and would be way ahead in the title battle if it wasn’t for some significant penalty points and a disqualification from a fourth place.

As well as his on-track performances, Voisin has shown a level of maturity and level-headedness which will no doubt help him as he progresses in his motor racing career.

Voisin is still assessing whether he’ll take the step to single-seaters after his year in Ginettas. It’s a popular route, most recently taken by BRDC British F3 rookie and reigning Ginetta Junior champion Tom Lebbon. If Voisin does go down this route, he could be the perfect candidate for Sauber.

Colombian-American Sebastian Montoya is one of a group of ‘sons-of’ currently racing in the junior formulae in Europe. But 16-year-old Montoya would seem to have inherited more than just a surname from his illustrious father, Juan Pablo.

Now in his second year in F4 with Prema he appears to be gaining in confidence with greater experience. He has scored six second-place finishes in his last 12 races and lies in the top three in both the Italian and ADAC championships.

Once he sorts out his race starts – he has lost two probable wins to penalties for jumping the start and one to a fluffed start from pole – he should be a consistent challenger to Bearman in F4.

If he can bring this together to record some convincing wins in the second half of the season, his promotion to the next step on the ladder will be assured.

Besides his undoubted talent, he brings potential commercial benefits. As a Montoya, he has name recognition globally, and particularly in the North and South American markets which are so crucial to the success of Alfa Romeo’s parent group, Stellantis. 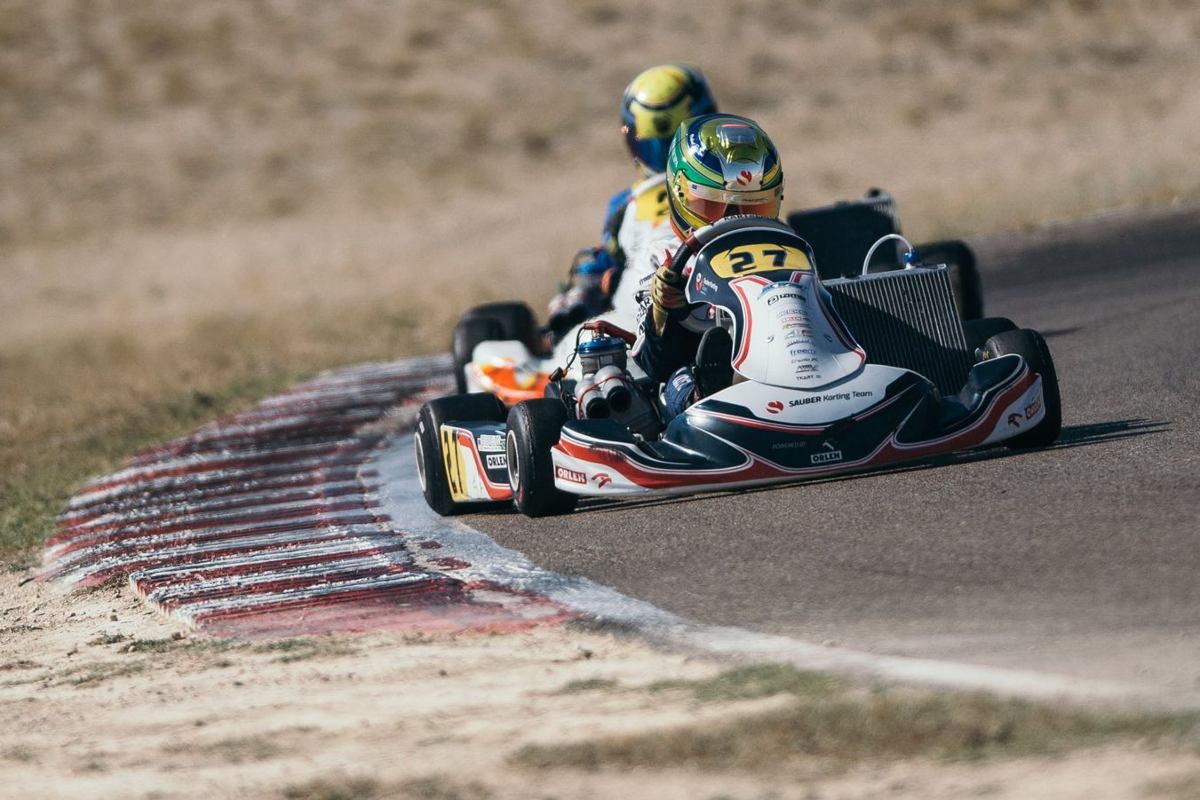 Sauber Karting Team has two long-term talents on its books, with Christian Ho and Miguel Costa already being handed tests in F4 cars this year to aid their development alongside their international karting programmes in OK and OK Junior karts.

Ho is from Singapore, and his countryman Tiziano Monza is also a Sauber junior but he’s currently in his second season in the far smaller Mini karts.

Orlen’s backing has brought in two drivers, and did so last year as well, while two drivers who are in the roster at the start of 2021 have already left in the form of Britain’s Sonny Smith and McLaren’s latest signing Ugochukwu.

The tie-up with Kart Republic, combined with the host of experienced personnel behind the operation – including team manager Rickard Kaell – means the real stars of Sauber’s karting arm are the people behind it, and they’re operating in a way that suggests the name could remain in karts beyond a time when Orlen and Alfa Romeo’s investment ends.