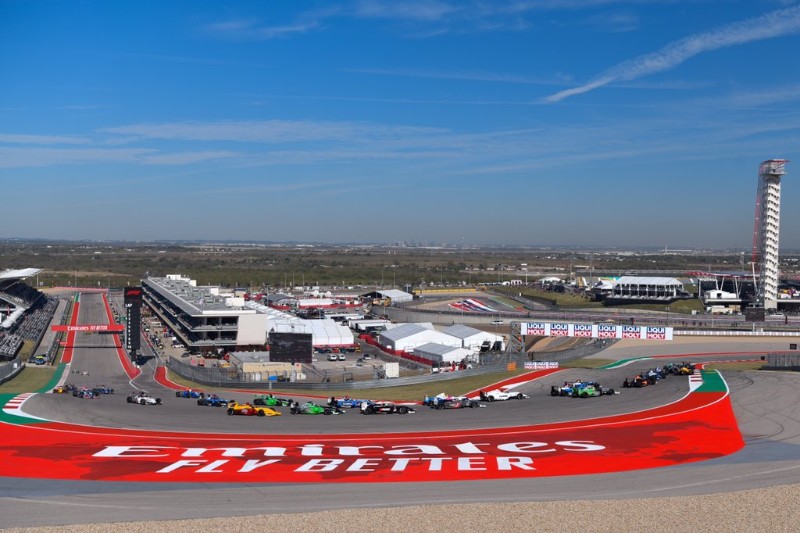 United States Formula 4 has moved the date of its season finale at Circuit of the Americas to support Formula 1’s US Grand Prix.

The final round was originally scheduled to take place at the Texan circuit on November 5-7 in support of Formula Regional Americas, but will now take place two weeks earlier on October 22-24.

From 2017 to 2019 the series supported F1, only breaking that run last year due to the US GP’s cancellation during the COVID-19 pandemic. It wasn’t added to US F4’s 2021 calendar at first either due to uncertainy about the event.

“The addition of the US F4 Championship to the F1 United States Grand Prix weekend is always exciting for the F4 championship and it signifies our place as one of the primary destinations for young drivers,” said Tony Parella, CEO of the series owner.

“US F4 continues to exceed expectations with large fields of deeply talented drivers. We are excited to showcase our drivers in front of the top motorsport professionals from around the world.”

When F4 last supported the US GP, the F1 crowd contributed to making it highest ever attendance for an F4 race. A grid of 38 cars was attracted that year too, a number that the series is hoping to better this time around after grid sizes in the mid-20s for its first four rounds of 2021.

This year’s finale will have a title sponsor in Honda Performance Development, which will then award a scholarship to the F4 champion to step up to FRegional Americas in 2022.

Circuit of the AmericasFormula 1US F4
1
FacebookTwitterRedditEmail
previous post