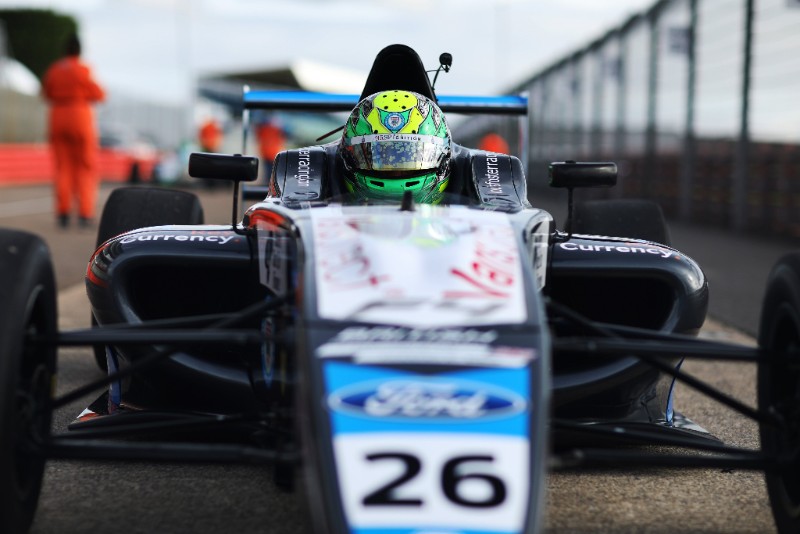 Maloney and Alvarez had been battling for second position when the latter was forced wide onto the grass, which he bounced over before hitting the side of Carlin’s Maloney. Both drivers ended up in the gravel, prompting a safety car.

Foster, who had led unchallenged through the first lap of the race, got a good restart when the race resumed.

As Arden’s Bart Horsten and Richardson Racing’s Luke Browning then fought for second place, Foster pulled away for his sixth win of the season and to close in to within 30 points of the championship lead.

Horsten managed to keep Browning, who started at the back of the grid, behind to finish second.

Josh Skelton spent the opening half of the race defending from Browning, while Arden’s Tommy Foster and Abbie Munro ran close behind. Browning was able to find a way past, but Skelton stayed ahead of the Arden duo until the safety car period.

On the restart, Skelton was able to pull away from Foster, who was battling with championship newcomer Christopher Lulham, while Munro span in the wet conditions.