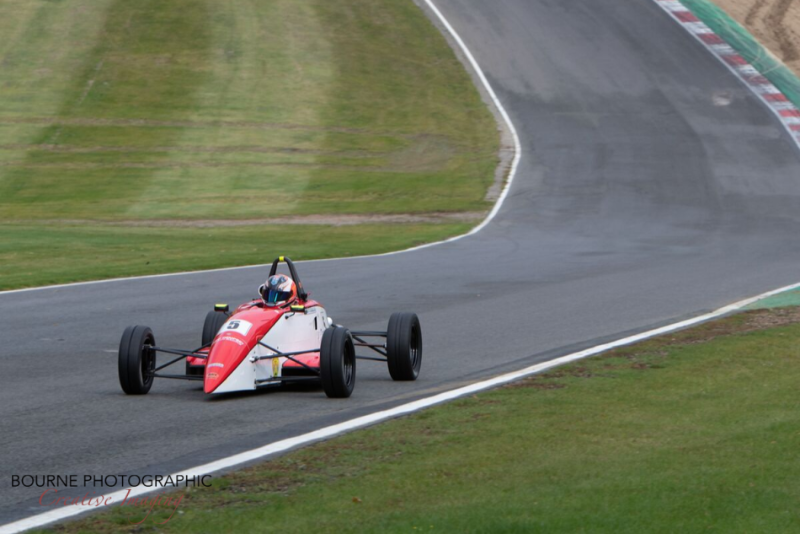 Cliff Dempsey Racing driver Kohlbecker held on for a lights-to-flag victory, despite B-M Racing’s Rory Smith making up a three-second deficit late on in the race to challenge for the lead.

In the early stages of the race there was a three-way battle for second between Don Hardman Racing’s Joey Foster, CDR’s James Clarke and Smith. This allowed Kohlbecker to pull away on the drying track until Smith was clear to pursue.

Smith continued to close the gap down on Kohlbecker ? recording the fastest lap of the race ? and was on his gearbox during the last laps.

On the final lap, Smith challenged for the lead but couldn’t make it stick, despite a better run out of Graham Hill Bend.

Kohlbecker’s victory means he has more points than Team Dolan’s Martin, who is already champion thank to the series’ dropped scores rule. Second place for Smith did guarantee him third in the standings over Clarke, who completed the podium.

Foster had race one and two winners Luke Cooper and Michael Eastwell on his tail for much of the race while in fourth, until Eastwell’s pace faded late on. Kevin Mills Racing driver Eastwell ended up in sixth just ahead of Jamie Sharp.

Jonathan Browne had moved ahead of Sharp earlier in the race but went off at Surtees on the final lap, dropping him back to eighth at the chequered flag.

Despite a great recovery drive in race two, Kenny Cowie dropped to the back of the pack early on in the race and eventually retired on lap 12 of 18 after a spin.