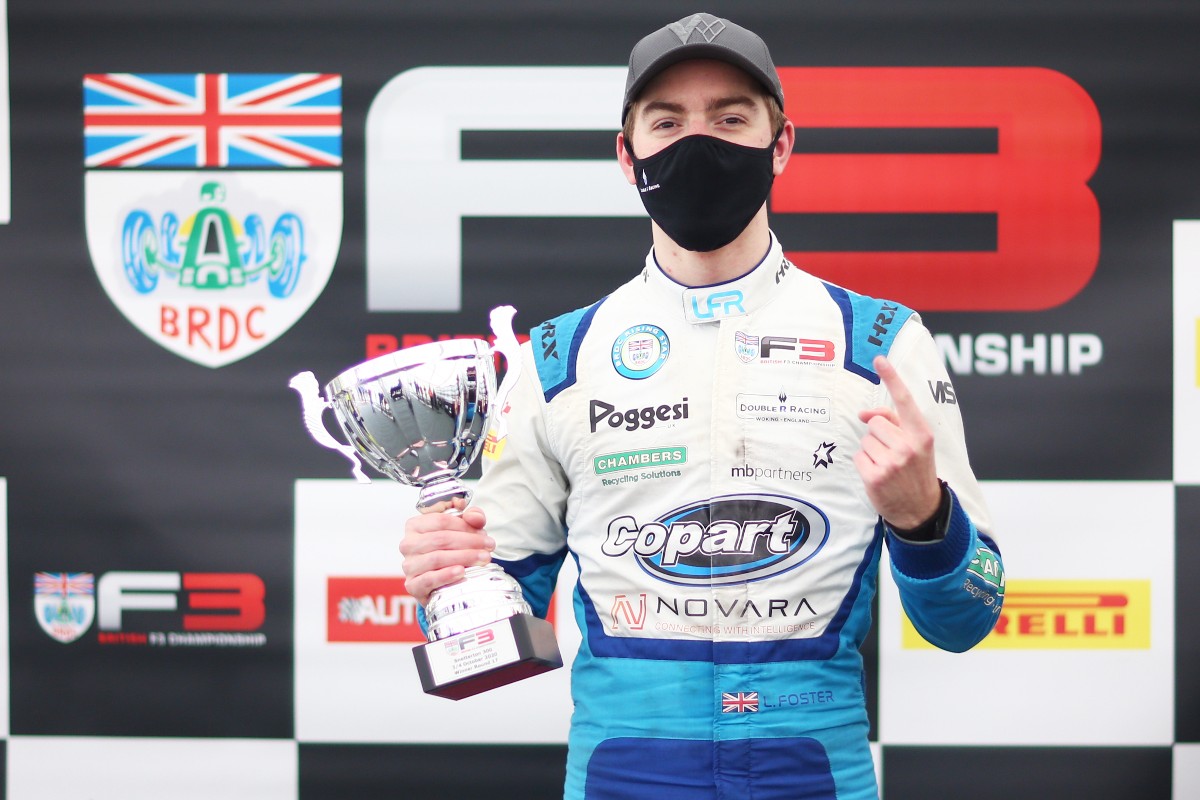 Louis Foster has pointed descriptions of his rookie BRDC British Formula 3 season away from being up-and-down as he closes in on the title lead.

The 17-year-old made his car racing debut back in 2017 in Ginetta Junior, and was title runner-up in his second season. He moved into single-seaters last year in British Formula 4, and won six races on the way to third in the points with Double R Racing.

To prepare for the step up to British F3 with the team, he appeared in MRF Challenge earlier this year and claimed a win at Chennai. His F3 debut at Oulton Park started included a double pole, but from the four-race weekend he claimed one podium, an eighth and a 13th place finish.

“I think we’ve had a bit of our fair share of unluckiness, first two rounds were really, really good,” Foster told Formula Scout.

“Few rookie mistakes in the first round when it came to the racing, but obviously pole’d it, second round was okay as well, came second there and got my first win, third round struggled in quali and fourth round just struggled with pace overall.

After winning the first race of round two at Donington Park, it was another six races before Foster appeared on the podium again at Brands Hatch, and either side of two 11th place finishes he won the reversed-grid race in the second Donington round.

Last time out at Snetterton he claimed his latest two poles, then finished in the top five in every race of the weekend to close to within 21 points of Hitech GP’s points leader and series veteran Kush Maini.