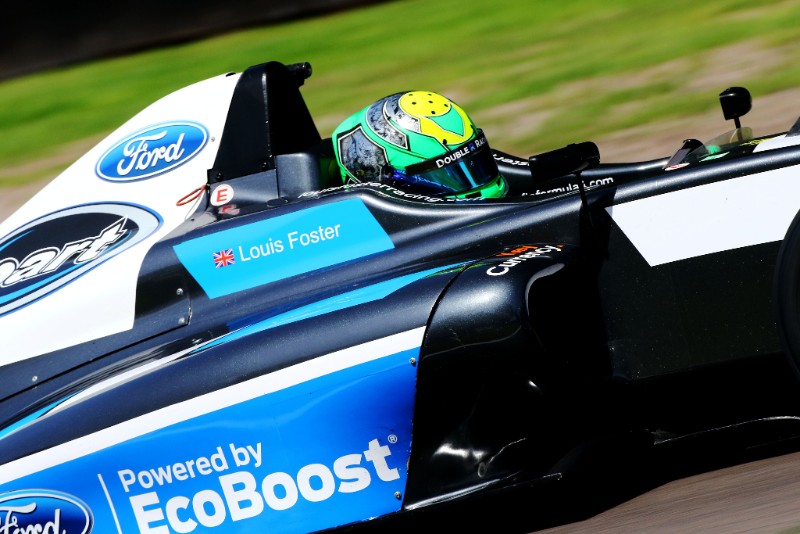 Louis Foster claimed his first British Formula 4 pole positions since May in qualifying for races one and three at Silverstone.

The Double R Racing driver spent the final stages of qualifying swapping times at the top of the order with JHR Developments’ Josh Skelton and Carlin’s championship leader Zane Maloney.

Despite having times deleted for exceeding track limits, Foster was able to put in a 56.253s lap around Silverstone’s National layout. It put him 0.133s clear of Skelton, and his second best time was also enough to pip Skelton to race three pole.

Maloney dropped down to third, ahead of Sebastian Alvarez (Double R) and Carter Williams (JHR), who jumped up the order from the bottom half of the top 10 midway through the session.

Arden’s Bart Horsten set the pace early in the session, but dropped down the order as others found improvements. He finished seventh, behind the third JHR car driven by Alex Walker.