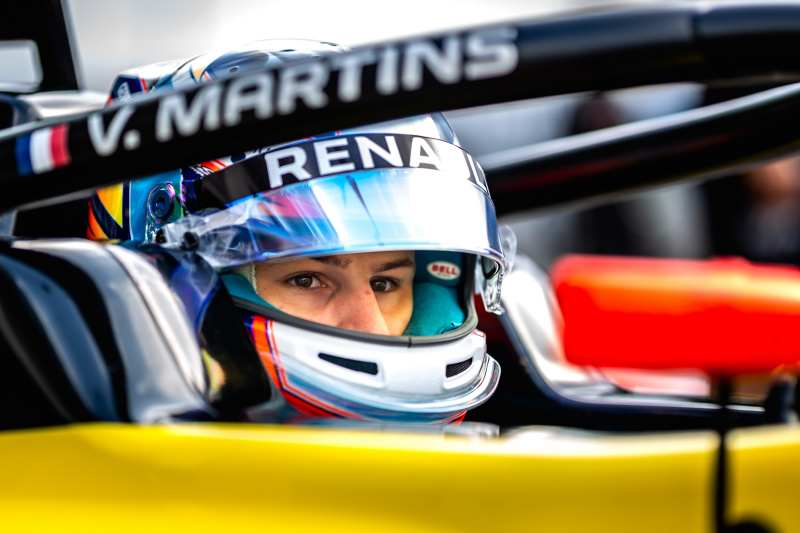 The MP Motorsport driver had a good start from pole position and was relatively untroubled during the race before taking the chequered flag in first. The result was his third win of the 2019 season.

Piastri started alongside Martins on the front row but was slow to get away, and he spun at the exit of Turn 1 on the opening lap which demoted him down to the back of the field.

The championship leader battled back through the pack and was back up to 10th position with 11 minutes to go. The R-ace GP driver made up further positions to claw his way up to sixth by the end of the race, securing himself eight points in the standings.

Piastri’s team-mate Alexander Smolyar came home in second for the third race in a row, with Bhaitech’s Petr Ptacek matching his best result of the season by completing the podium for race one.

Alex Quinn finished less than a second behind Ptacek in fourth, while Caio Collet was just over one second behind Quinn at the line in fifth position.

Leonardo Lorandi rounded off the top 10 after initially starting the race in seventh.