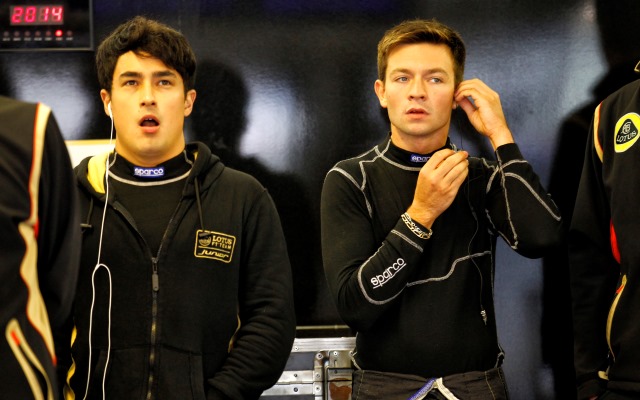 Marlon Stockinger and Matthieu Vaxiviere locked out the top two positions for the Lotus team in the opening Formula Renault 3.5 running at Paul Ricard on Friday morning.

Stockinger claimed P1 on his penultimate lap of the session and then found a two-tenths improvement on his final effort to become the first and only driver to dip into the 1m48s.

Vaxiviere ended up 0.327 seconds behind his team-mate in second place, having claimed first place on four occasions during the 50-minute session on the Frenchman’s home soil.

Oliver Rowland was third for Fortec, ahead of the trio of Tech 1’s Marco Sorensen and Arden pairing Will Buller and Pierre Gasly who were separated by 0.013 seconds.

Following closely were Hungaroring race two winner and local ace Norman Nato and his championship-leading DAMS team-mate Carlos Sainz, with Will Stevens ninth for Strakka and Fortec’s Sergey Sirotkin falling from first to tenth inside the final two minutes.

Roberto Merhi – who closed to within 16 points of Sainz last time out at the Hungaroring – set his best time on his last lap, but that was only good enough for 11th. The Spaniard is driving alone at Zeta Corse this weekend, with usual team-mate Roman Mavlanov focussing on his GT Open commitments and the Russian-owned outfit opting to not field a replacement.