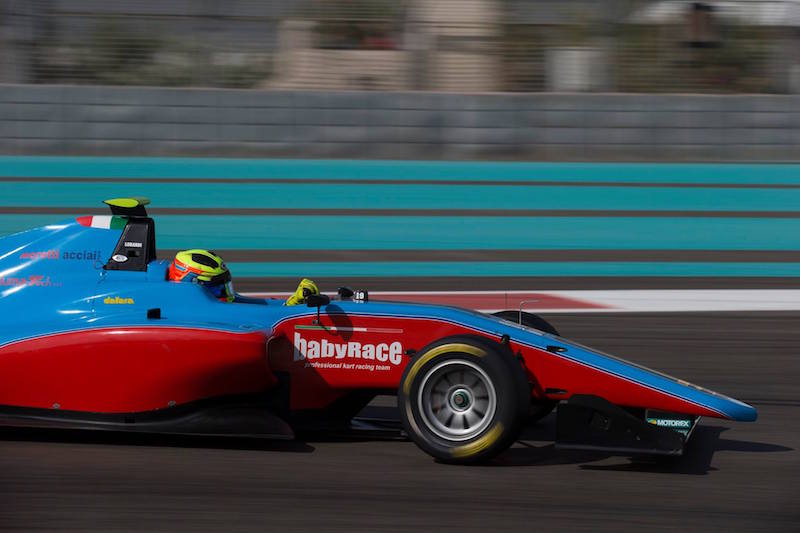 Alessio Lorandi will continue with Jenzer Motorsport in GP3 this year following his switch from Formula 3 towards the end of 2016.

The 18-year-old Italian joined the series with Jenzer for the Sepang and Yas Marina rounds at the end of last season, then stayed on with the Swiss squad in Abu Dhabi for the post-season test.

The former karting star will be entering his third season in car racing, with victory in last year?s Pau Grand Prix with Carlin the standout result of a nearly two-year stint in F3.

He joins fellow F3 convert Arjun Maini in the Jenzer line-up for 2017, with the team?s Italian Formula 4 champion Marcos Siebert also believed to be working on a deal.

?Lining-up for the 2017 GP3 Series is an huge step for my career and making it with Jenzer is definitely the best choice,? said Lorandi.

?In the last two rounds of the 2016 season it was a perfect fit and there is great chemistry with both Andreas Jenzer and his technical staff.

?In post-season testing we showed that we can compete with the best names of the series.?