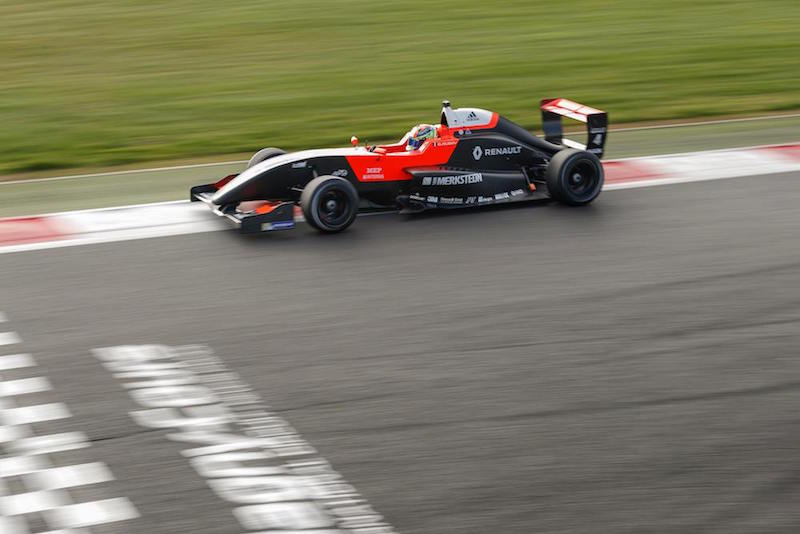 Gabriel Aubry led his rookie team-mate Max Fewtrell at the top of the times on the second and final day of the opening Formula Renault Eurocup test at Magny-Cours.

The Tech 1 Racing pairing set the pace in the morning session, with second-year Formula Renault racer Aubry managing a time of 1m35.305s ? six tenths faster than the day one benchmark set by Jarno Opmeer.

British Formula 4 champion Fewtrell took over from Opmeer as the star Renault Formula 1 recruit, lapping only 0.03 seconds slower than Aubry.

For the second day in a row, Dan Ticktum topped the slower session, achieving a 1m36.136s having sat out the morning.