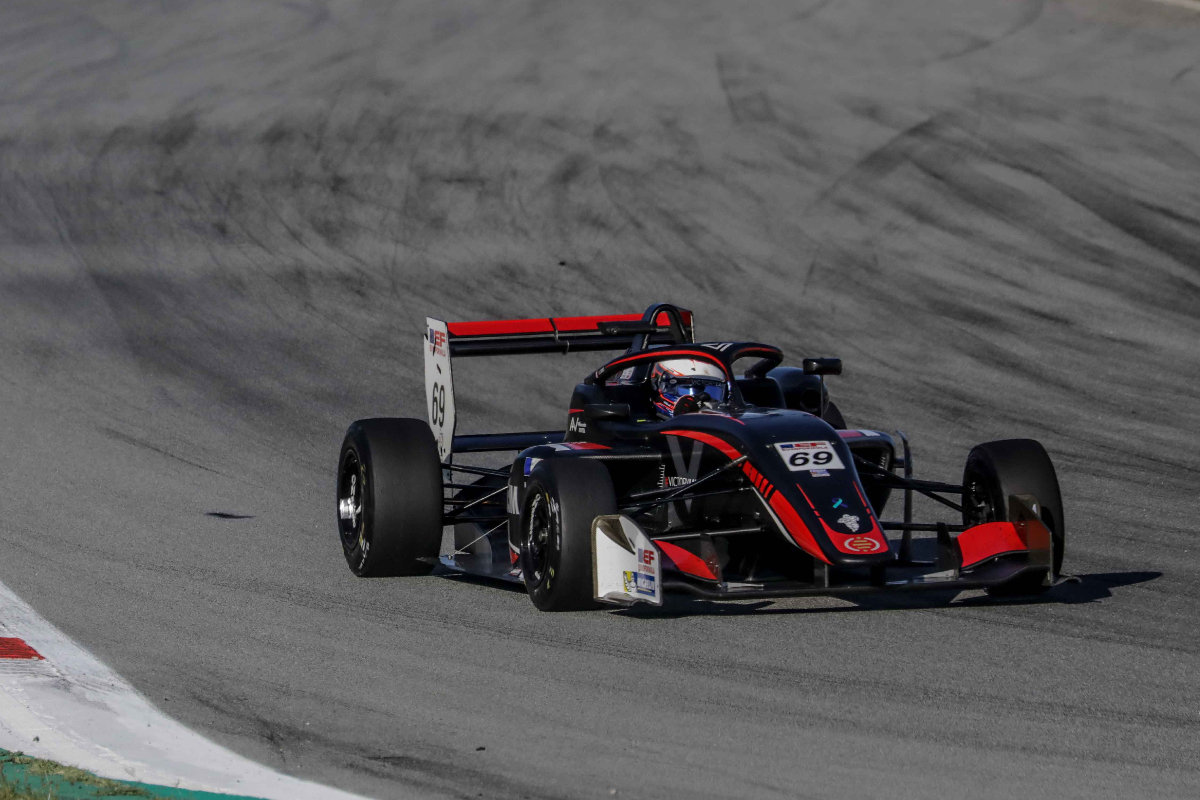 Vlad Lomko will be runner-up in the Euroformula championship this year thanks to a sixth win of the season at Barcelona.

The Motopark-run driver started from reversed-grid pole, with only seven other cars on track as Effective Racing’s Vladimir Netusil did not start the race.

Lomko made a good start, while the slow-starting Frederick Lubin was jumped by Ayrton Simmons who moved into second place but without a slipstream could not get by Lomko at turn one.

Once the lap one threat was held off, Lomko pulled away and rompted to victory by 5.169 seconds.

Simmons initially ran a secomfortable second, but Lubin had the slightly stronger pace later in the race  and Simmons had to push at the end to finish just under 1.5s clear.

The battle for fourth was the most exciting of the race, as Christian Mansell and Oliver Goethe frequently ran side-by-side each in the first third of the race.

Goethe dropped back to a second behind in the middle of the race to avoid overheating his tyres, with Josh Mason and Francesco Simonazzi keeping a watching brief from behind.

The gap between Mansell and Goethe closed back down in the final laps, but champion Goethe could not quite get close enough to pass and finish 0.335s back in fifth place.

There was one pass, as son the final lap an incident for BVM Racing’s Simonazzi resulted in him losing 12s and falling to eighth and last place behind Motopark’s Alex Garcia.