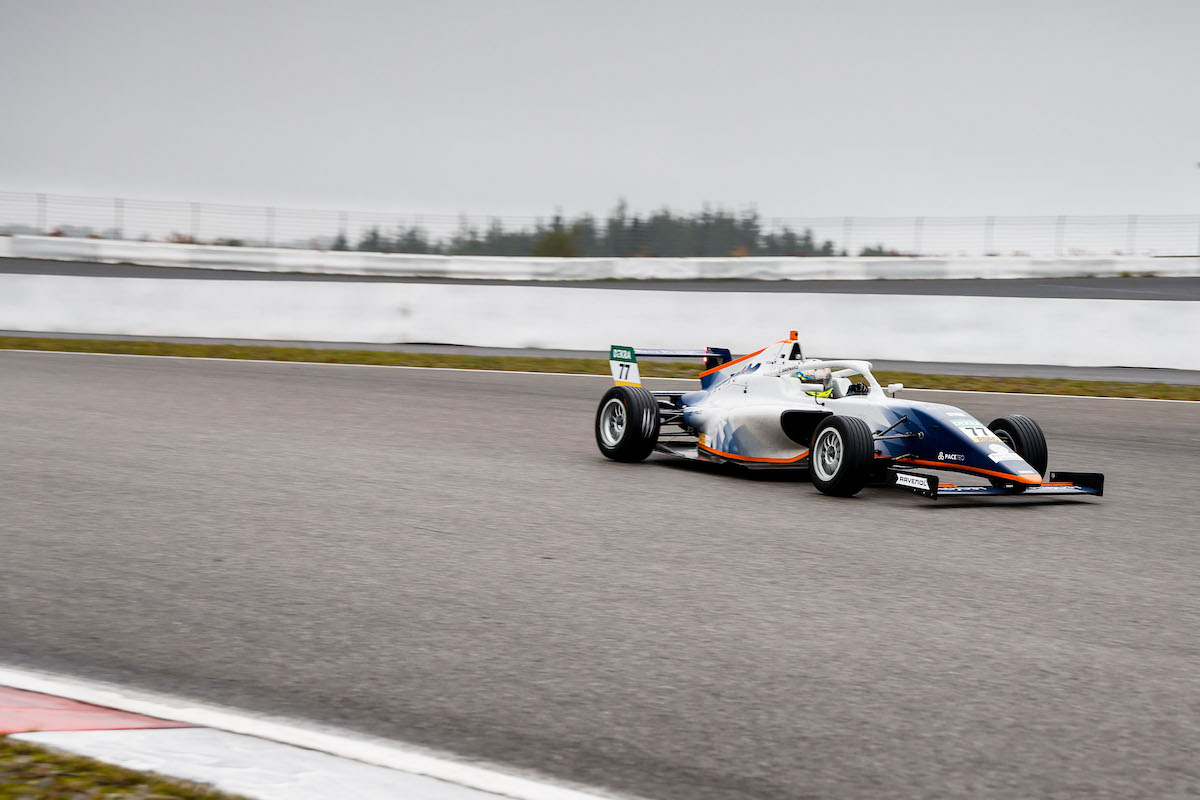 Taylor Barnard won the final race of the ADAC Formula 4 season at the Nurburgring by a commanding margin over Ugo Ugochukwu.

On a track that was still damp in places but with cars starting on slicks, Barnard’s PHM Racing team-mate Valentin Kluss went from third to first on the run to the first corner only to go deep.

That allowed Ugochukwu, who started sixth, to take the lead and open up a sizeable early advantage of more than a second.

Barnard went from seventh to third on the first lap and then took second down the inside of Kluss in turn one before reeling in Ugochukwu, making his move at the chicane at the end of the fifth lap.

From there, Barnard opened up a six-second advantage as the championship runner-up took his fifth win of the season.

Ugochukwu was joined on the podium by Prema team-mate Rafael Camara, the Ferrari junior snatching the rookie title in the final race after contact with erstwhile classification leader Rasmus Joutsimies.

Camara had moved to the inside of Jenzer Motorsport driver Joutsimies at the final corner as they fought over fifth position in the early stages, with the slight contact between them causing Joutsimies to run wide and drop several places.

Under pressure from a trio of Prema cars, Kluss would surrender a podium position when he went deep once more at turn one, enabling Camara and James Wharton to slip by.

Having wrapped up the title in race two, Andrea Kimi Antonelli had a relatively subdued race, ultimately finishing sixth after battling with Nikita Bedrin and Kluss and being ordered by race control to let the former past.