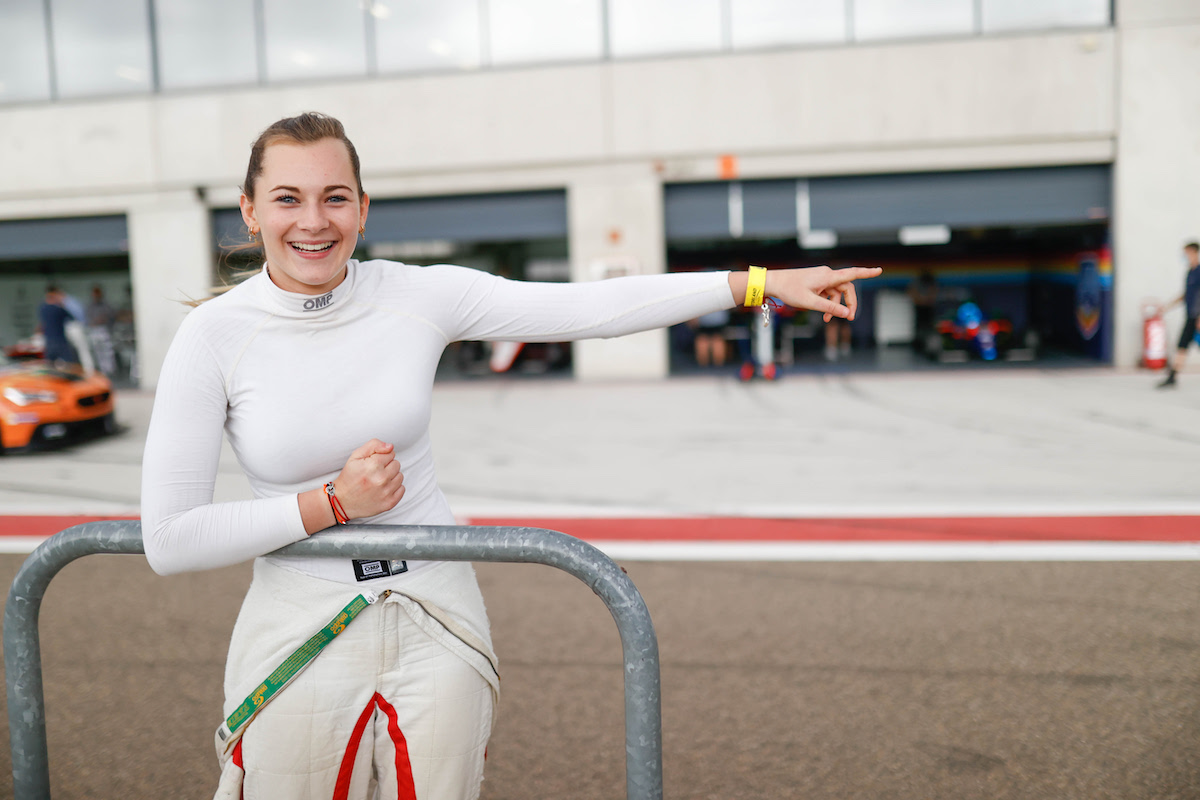 Lola Lovinfosse will return to Spanish F4 with the GRS team in 2022 for her second season in car racing.

Lovinfosse joins the already confirmed Vladislav Ryabov, Lukas Malek and Ricardo Gracia at GRS, which means the team will be operating at full capacity given this year’s regulations limit the number of cars per team to four.

Before stepping up to single-seaters, Lovinfosse competed in several WSK Series and CIK-FIA karting championships. In 2021, she made her car-racing debut with Drivex School in Spanish F4, achieving a best result of 13th in race three at the Algarve circuit. Last month she took part in the W Series evaluation test carried out in the United States.

“I am super happy to join GRS Team for this season coming up,” said Lovinfosse, who had already participated in several test sessions with the team by the end of last year.

“It makes me really confident to know that I will be working with such a professional team. I am ready to give my best and to do everything to achieve my goals.”

The French driver will have his first taste of the new Tatuus T-421 car on March 23, when she takes part in the first collective-test of the year at Spa-Francorchamps.

“We are proud of having Lola in the team. She is an experienced driver with lots of potential. We will be working hard to provide her with the best tools to develop that potential,” Josep Trinidad, GRS’s Team Principal, said.

“Having four drivers for the season proves the momentum of the team, with positive performances and high-quality staff and material.”