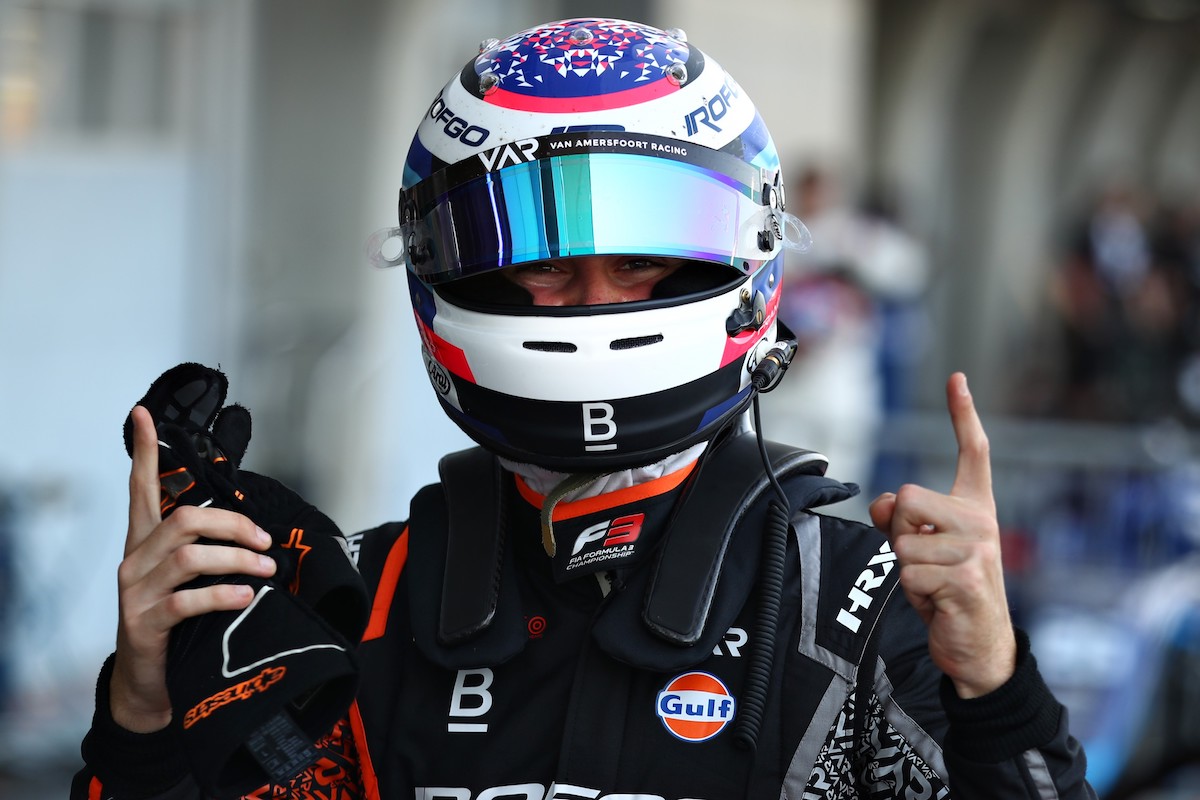 Franco Colapinto has admitted he was surprised to claim FIA Formula 3 Championship pole on his debut in Bahrain, especially after “struggling” in practice.

Colapinto has stepped up to F3 after two seasons in Formula Regional, during which time he has also starred in LMP2 sportscar racing. He is driving for new championship entrant Van Amersfoort Racing, which has taken over the entry and cars of HWA Racelab.

He set the fifth-fastest time in Friday’s earlier free practice session in Bahrain but said he struggled in that session before finding “the perfect balance” for qualifying.

“Yeah it was quite a surprise,” he admitted in the press conference afterwards. “I’m not going to lie to you. We were struggling a little bit in practice and we found the perfect balance for qualifying.

“And honestly, a new team in Formula 3, in such a competitive championship… I mean, everyone did an amazing job in the test, the three days here were really good to start working with each other, start to know a bit better the engineers, the mechanics and I think we arrived really well to qualy. We did some quick last-minute changes and they worked well obviously.

“So I’m really happy and really proud for all the team, for all the work they’ve done. We all know how difficult and competitive F3 is and to be here on pole in my first race and the first race of the team, it’s amazing. Just so so happy, let’s try to finish it on Sunday.”

The 18-year-old from Argentina has struggled with finances in the past and thanked his management team at Bullet – led by former racer Jamie Campbell-Walter – as well as Frits van Amersfoort’s squad for making his F3 move possible.

“Of course the team is new, the expectations for this race were not very high to be honest and we showed at the end that the potential was there,” he said.

“All the package was really, really strong in qualy, and in the end we were on pole without expecting it. So it’s more than better what we did today and I’m really really proud of everyone in Van Amersfoort. Of course, I’m really grateful for the opportunity they have been giving me this year and I will keep pushing for more good results.”

Formula Scout’s analysis of the Bahrain test ranked Colapinto fifth out of the 30-car field on race pace, and he is taking confidence from that long-run showing into Sunday’s 23-lap feature race.

“We did a lot of long runs just to learn more about the tyres and to learn a bit more about the car in the test,” he said. “And most of them were really good, so I think I’m really looking forward for the race, for starting on pole and to try to defend it until the end.”