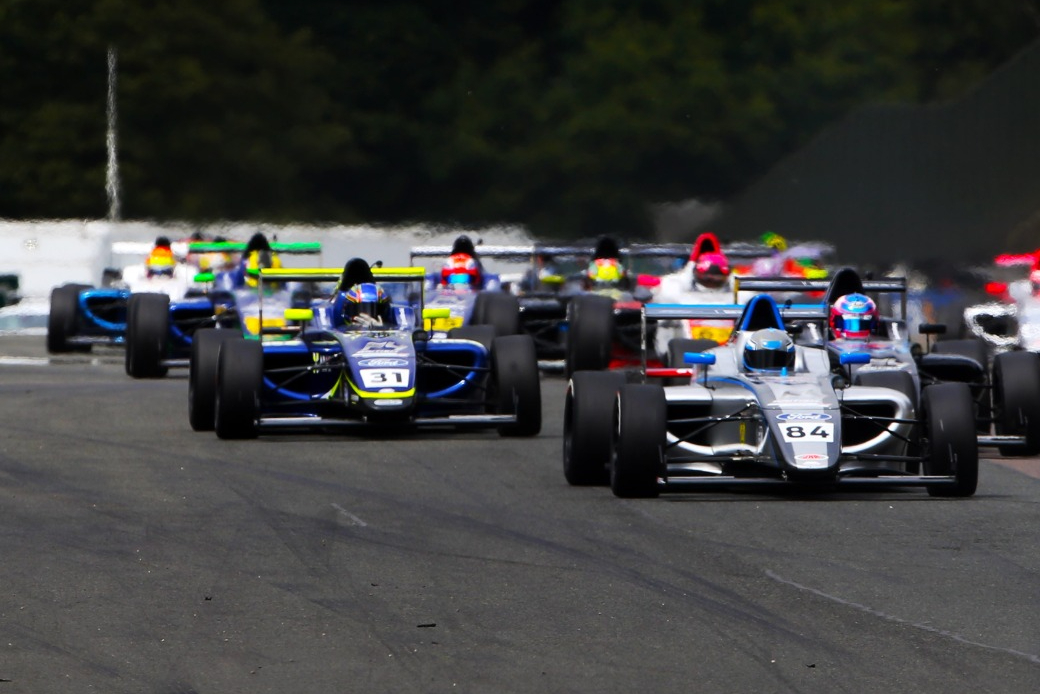 Joseph Loake took a dominant win in the final British Formula 4 race of the weekend at Oulton Park.

The JHR Developments driver made a strong start from second to snatch the lead from poleman James Hedley.

Argenti’s Eduardo Coseteng followed Loake past Hedley and the two built a gap up front.

Coseteng was unable to stick with Loake though as the race wore on, with the leader gradually pulled further away on his own.

From that point on, Loake proved untouchable, while the battle for the podium positions behind remained open.

After a frustrating start to the weekend, Matias Zagazeta was the man on the move in the second half of the race. He too was able to pass Hedley early, but finding a way past Roman Bilinski proved harder. Bilinski put up a good defence, but Zagazeta had the better pace and was able to take third six minutes before the chequered flag.

A wide moment for Coseteng allowed Zagazeta to go past him too to take second, with Bilinski following not long after.

Hedley had his own wide moment that dropped him further back in the closing stages of the race. He dropped down to sixth and returned to the track side-by-side with title rival Matthew Rees.

It was Rees held on to take fifth, just behind Dougie Bolger, and he closes the gap to Hedley in the standings.