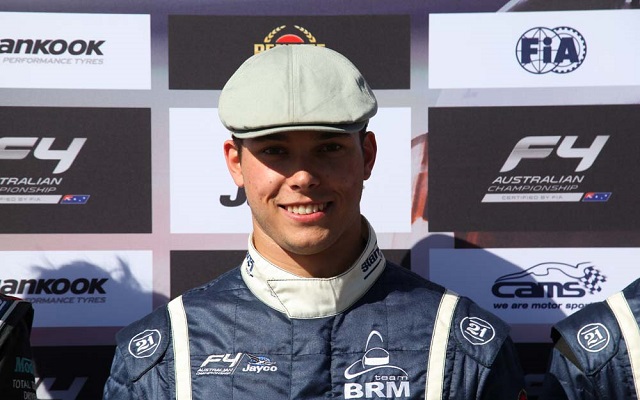 Australian F4 points leader Jordan Lloyd?continued to confirm his championship credentials as he triumphed race three at Queensland Raceway in a confident manner.

After finishing second in race two yesterday, the local Queensland driver was back to winning ways and secured his fourth win from the last five races.

Just like in the first event?of the weekend, Lloyd got a better launch than pole-sitter Thomas Randle and claimed the lead at the first turn.

He then showed dominant pace and finished four seconds ahead of his main rival of the weekend.

Behind the duo, Harry Hayek scored his second podium, followed by William Brown and Tom Grech, the latter making a late move on Luis Leeds for fifth.

Jordan Love had passed Jimmy Vernon on lap two further down the order, however, the AGI Sport driver soon dropped out of top ten.

Vernon then came under attack from Nick Rowe, who managed to pass him to finish seventh. Love recovered to secure ninth, while Zane Goddard completed the top ten.