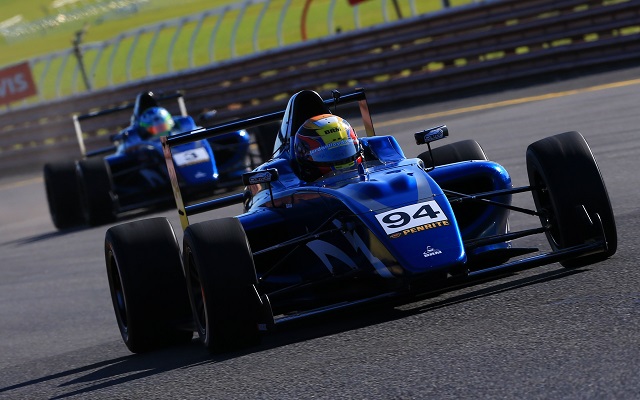 Jordan Lloyd was victorious in the first Australian F4 race at Sandown, taking a lights-to-flag victory in an incident-packed event.

Starting from the pole position, the 19-year-old confidently led all 13 laps of the race but a safety car stint, triggered by Harry Hayek, meant he finished with a lead of only three seconds.

Lloyd’s main rival Thomas Randle recovered well from ninth on the grid to take second after a good start and three?overtakes throughout the race.

Although Will Brown and Jordan Love finished the race in third and fourth, both of them were handed post-race penalties for causing incidents, giving Jimmy Vernon the final podium position.

Love ended up fourth followed by Francesco Maiolo, series newcomer Caitlin Wood and Tom Grech, who dropped down from third after contact with Brown, whose penalty saw him taking only eighth.

Front row starter Luis Leeds endured a difficult race by stalling at the start and another incident with Maiolo later on to finish ninth.

Hayek crashed into the wall on lap two to bring out the safety car, while Zane Goddard was a first-lap retirement of the race.