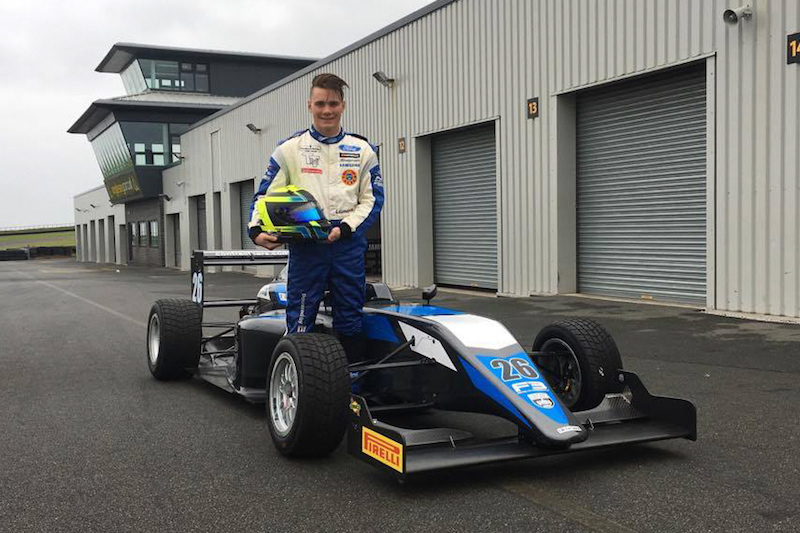 Lundqvist, the reigning Formula STCC champion in his native Sweden, sits third in the standings in his rookie season in British F4 with Double R, recently claiming his second and third wins of the season in the round at Croft.

In Double R’s BRDC British F3 line-up, Lundqvist?will stand in for Harry Hayek, who was ruled out of action by injuries sustained in a crash at Snetterton last month.

“I am absolutely thrilled to be making my Formula 3 debut at Spa next weekend,” said Lundqvist, who has completed a ‘limited’ testing programme in the F3 car in preparation.

“It was not something I expected to be doing this year, and I really want to thank Double R Racing for putting their trust in me for this.

“I?ve never been to Spa before and it will obviously be difficult to go up against the F3 guys in the middle of the season, but I will do my best and try and learn as much as possible.

“I also wish Harry all the best in his continued recovery.”

Team boss Anthony ‘Boyo’ Hieatt added: “We?re all really excited to see how Linus adapts to F3 at Spa next weekend, it?s not going to be easy but he?s done an incredible job in British F4 this year with us and definitely deserves this opportunity to showcase what he can do at a higher level.

“His pace in British F4 has been nothing short of sensational this year, his tally of pole positions, fastest laps and race wins proves that, and I?m confident he?s going to grab this chance with both hands and give a very strong account of himself.

“Linus doesn?t know Spa and although it is a hugely challenging track, I?m sure he?ll be up to speed very quickly. We can?t wait for next weekend.”