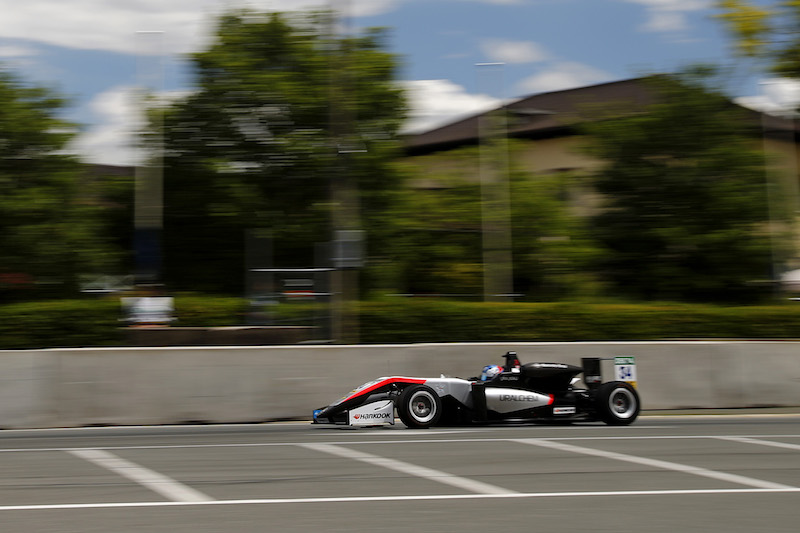 Jake Hughes edged Lando Norris by just two thousandths of a second in first qualifying at the Norisring to score his maiden Formula 3 European Championship?pole position.

Hitech GP driver Hughes grabbed top spot away from his fellow Briton with two minutes remaining with a lap of?48.231 seconds.

It is Hitech’s first pole since George Russell’s at Spa-Francorchamps some 11 months ago, and gives them a shot at ending a similarly long run without a win?in the opening race of the weekend.

Perhaps the most impressive driver of the day however was Van Amersfoort Racing’s Pedro Piquet, who topped both practice sessions and then recorded his best qualifying result to-date of third, just 0.015s off pole.

Maximilian Gunther edged out Prema team-mate and fellow title contender Callum Ilott for fourth place, but for the second round in a row, championship leader Joel Eriksson qualified on the back row in 17th, with the?settings on his car once more to blame.

?We discovered an issue with the rear dampers on Joel?s car just before qualifying, and had to change them in less than ten minutes,? explained?Motopark boss?Timo Rumpfkeil.

?We were able to get Joel out on track just in time, but unfortunately we did not get the new dampers correctly correlated with the rest of the set-up, which caused quite a dramatic imbalance in the car.

?There was absolutely nothing Joel could do about it. It was a significant handling issue and it?s really surprising that he didn?t end up last to be honest. We will be going through our routines to make sure this doesn?t happen again.?

The second half of the top 10 was headed by Ferdinand Habsburg, in front of Guan Yu Zhou, Joey Mawson, Jehan Daruvala and Harrison Newey.