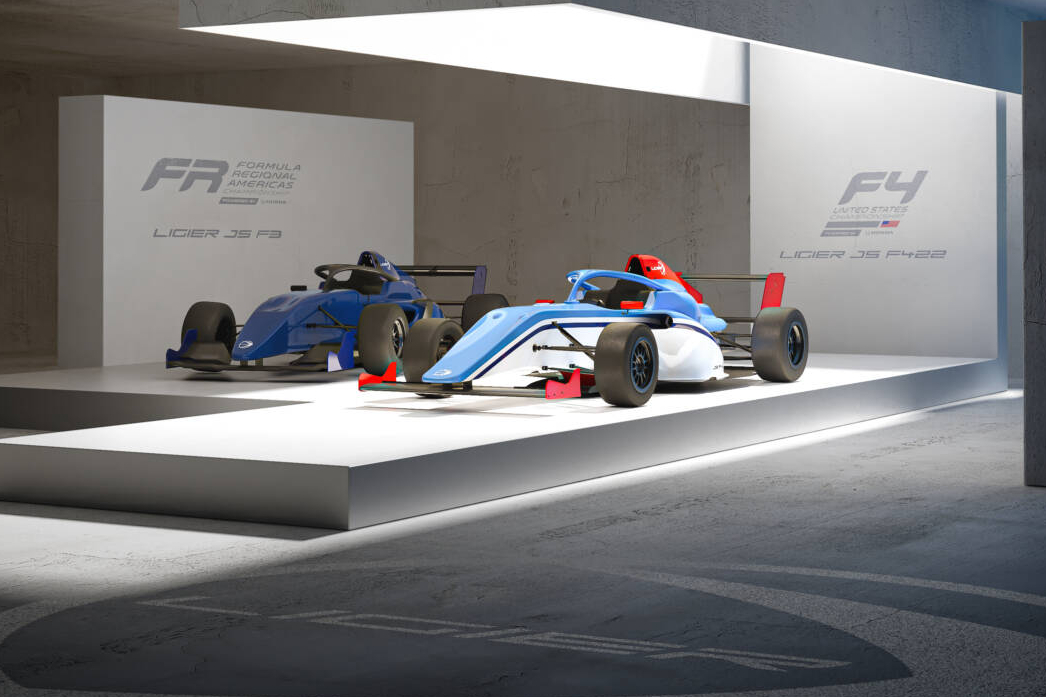 Ligier has become the fourth manufacturer to commit to making Formula 4 cars for the category’s second generation technical ruleset, and has revealed the design of the chassis it will produce.

The French company currently supplies several championships in the United States with its Gen1 car, which is sold as the Crawford F4-16 as the American manufacturer is a sister brand to Ligier under the ownership of Onroak Automotive.

That F4-16 debuted in 2016 in US F4 and will remain in use there until the end of 2023, when it will be replaced by the halo-shod Ligier JS F422 for 2024 onwards. The successor will be larger, but Ligier anticipates the JS F422 will however be lighter.

A new power supply will also come into play for US F4 and the Formula Regional Americas series it feeds into, in the form of Ligier’s own 1.65-litre V4 ‘Storm’ engine. Both currently use units supplied by Honda Performance Development, which also provides scholarships for the series’ champions.

“With so many manufacturers focusing on electric, we needed a power solution for both FRegional Americas and US F4, and I’m proud for Ligier Automotive to be that solution,” said Max Crawford, chief executive officer of Ligier Automotive North America.

“We’ve put a lot of work into the new Ligier Storm engine, and we’re excited to see it power the FRegional Americas and US F4 hampionships beginning in 2024.”

The engine is currently in its on-track development stage, with 2021 FRegional Americas runner-up Joshua Car being the primary test driver.

“Likewise, since the mid-2010s, we’ve produced more than 150 Ligier JS F4 and [FRegional-spec] JS F3 chassis at Ligier facilities, and we’re excited to bring the JS F422 to life and watch it on the track in 2024,” Crawford added. “Ligier has always had a passion for motorsport, innovation and development, and this is the perfect culmination of all three.”

Alongside the manufacturing of cars, Ligier used to compete in Formula 1 with its own team from 1976 to 1996, and won nine grands prix.

Mygale and Tatuus currently supply F4 Gen2 cars to the Asian and European markets, with the first series to adopt the new chassis doing so at the beginning of this year, and Japanese F4’s manufacturer Dome is working on its Gen2 design as it evaluates sustainable bodywork materials as alternatives to carbon fibre.