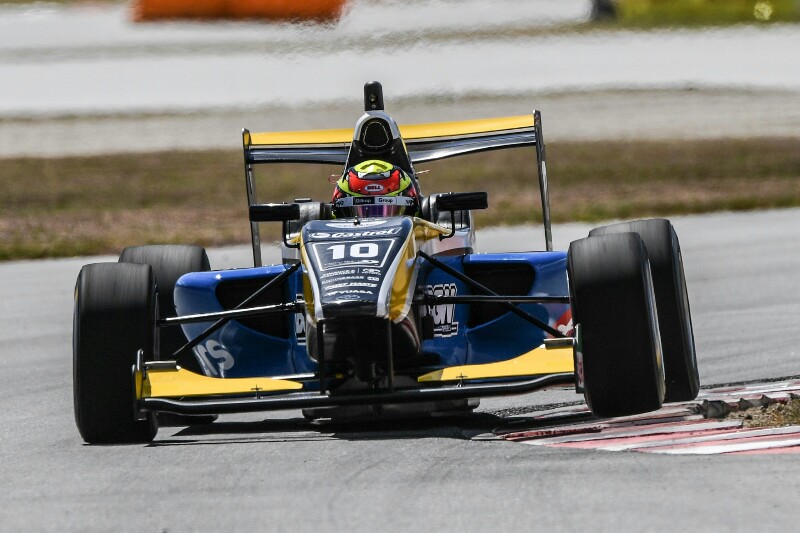 Lawson won the start-line battle for the lead, and didn’t take long to establish himself at the front. Hyman followed with a fast-starting Armstrong on his tail, and spent the first few laps holding the Ferrari junior off.

Single-seater returnee and Red Bull junior Lucas Auer overtook French F4 graduate Esteban Muth for fourth, and eventually joined Armstrong in attacking Hyman. It took them 12 laps before they made it past, by which point Lawson’s win was all but assured.

They ran in that order to the flag, with Brendon Leitch completing the top five behind Hyman. Muth was sixth, ahead of Petr Ptacek, Kazuto Kotaka, Cameron Das and Artem Petrov.