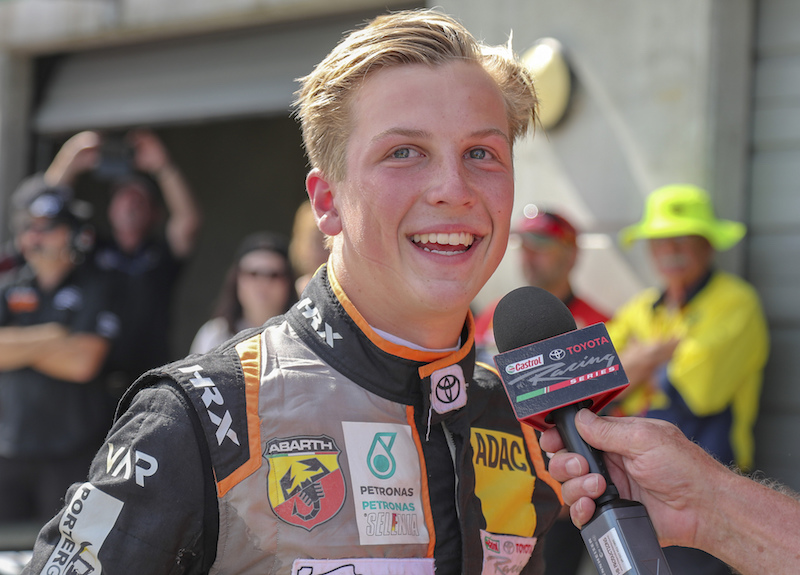 Liam Lawson has been snapped up by the Red Bull Junior Team after his impressive Toyota Racing Series title win, and will race for Motopark in Formula European Masters this year.

The New Zealander turned 17 one week ago, a day after defeating Ferrari protege Marcus Armstrong to win the TRS crown as his first attempt, as well as claiming the New Zealand Grand Prix win.

Last year was his first in Europe, finishing runner-up in ADAC Formula 4 with Van Amersfoort Racing, who he will now compete against in FEM – the new name for the old Formula 3 European Championship.

Motopark fought for the European F3 title last year with Dan Ticktum and Juri Vips, who Lawson now joins on the Red Bull scheme. Ticktum heads to Super Formula, while Vips will be in FIA F3 with Hitech.

Honda protege Yuki Tsunoda will also race in Red Bull colours for Motopark in FEM, alongside an FIA Formula 3 campaign with Jenzer Motorsport.

Red Bull has also revealed Jack Doohan’s programme for 2019, which will be a combination of Euroformula Open and Asian F3 for unnamed teams.