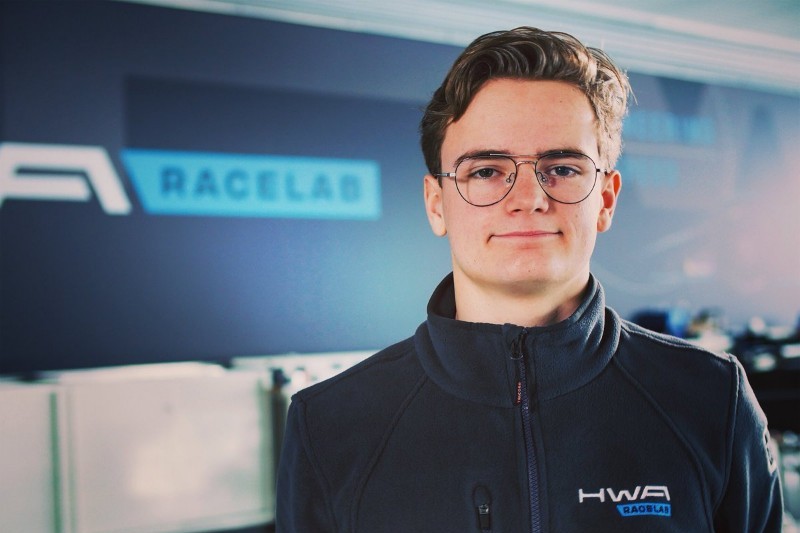 Bent Viscaal will spend his third year in car racing in FIA Formula 3 after signing a deal with the debuting HWA Racelab team.

The Dutchman finished second to Renault Formula 1 junior Christian Lundgaard in the North European Zone and Spanish Formula 4 championships as a car racing rookie in 2017, before moving to Formula 3 last year in Euroformula Open.

He dominated the Winter Series and then finished second to runaway champion Felipe Drugovich in the main championship with Teo Martin Motorsport. Viscaal ended the year by joining MP Motorsport, which ran him in F4, for the final ever GP3 test.

“The level of success that HWA enjoyed in the DTM is very impressive. As such, I am delighted to be part of the new Formula 3 team at HWA RACELAB,” said the 19-year-old.

“The first few days with the team have been very positive and you can feel that there is a good spirit.

“For me, this season is all about learning as much as possible. I am looking forward to the challenge of the new F3 series. They are going to be exciting, high-quality races. The car has more horsepower than I am used to, but I will soon get used to that.”

“I am pleased to be able to welcome a very talented young racing driver to our new Formula 3 team, in the form of Bent Viscaal,” added HWA team principal Thomas Strick.

“The systematic and optimal promotion of youngsters is at the forefront of our involvement in Formula 3. Bent has shown his huge potential in the past. We are now looking to support him as much as possible with his further development. I am sure that both parties will benefit in the end.”

Viscaal is the second driver to sign for the team, joining former European F3 racer Keyvan Andres. The team has also struck a deal with Arden in Formula 2, where it will run GP3 champion Anthoine Hubert and a yet to be announed driver.