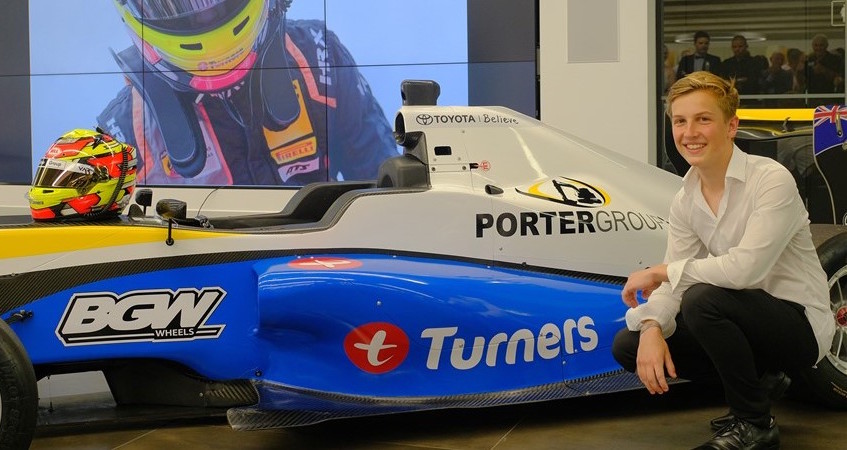 Now 16, Lawson was a few weeks too young to make the start of the 2018 TRS campaign last January.

He went on to enjoy an impressive first campaign in Europe, finishing second in ADAC F4 to veteran Lirim Zendeli with three victories, driving for Van Amersfoort Racing.

“I’ve watched the Toyota Racing Series for years and travelled up and down the country following it so to finally get a seat to race is fantastic,” he said.

“I’m more excited than I’ve been for anything. To race at home with my family and everyone that’s supporting me to race overseas is so special. I?m really, really excited!”

Lawson was New Zealand Formula Ford champion in 2016/17 and went on to finish second in Australian F4 last year. He was one of the finalists, and fastest driver, in the Mazda Road to Indy Shootout.

Last weekend he claimed a hat-trick on his Asian Formula 3 debut in the final round of the season at Sepang.

Another driver with Australian F4 experience to have signed up for TRS is Thomas Smith, who will race for Giles Motorsport.

Smith came eighth of 11 drivers in this year’s Australian F4 standings, claiming his best result of fourth on New Zealand soil in the final round at Pukekohe.